The 21 days lockdown period going all over the country means no work across all sectors till 14th April 2020. That means no industry is functional including the entertainment industry. This has resulted in TV channels getting to air old hit classics, the likes of Ramayana and Mahabharata.

When the media got in touch with actor Mukesh Khanna, who played the role of Bhisma Pitamah in Mahabharata and asked him about the benefits of airing these classics, Mukesh said and we quote,
“I think the reruns will be useful to many who haven’t watched the show earlier. It will also help people like Sonakshi Sinha who have no knowledge about our mythological sagas. People like her don’t know who did lord Hanuman get Sanjivani for. There is a video doing the rounds where few boys are asked whose Mama (uncle) was Kans and they got scared to answer. Some said Duryodhan, others said something else, so they are not aware of the mythology,”

It is to be noted that Sonakshi failed to answer a simple question about the Mahabharata mythology on Amitabh Bachchan’s KBC that attracted a lot of trolling towards her. It is in reference to this that Mukesh Khanna pointed out this about Sonakshi Sinha.
Sonakshi is yet to react to Mukesh’s dig as of now. It will be interesting to see if she reacts. For more updates, stay tuned to IWMBuzz.com. 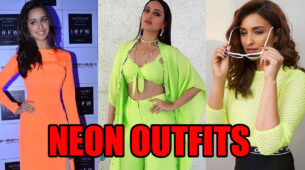