Pawan Kalyan will get back with a new image, that of an ancient warrior in an action-packed avatar. Pawan Kalyan is all set to return to acting with a full-on historical costume drama which the period specialist Krish Jagarlamudi will direct.

The film will not only be the costliest ever in Pawan’s career with an estimated budget of 150-170 crores rupees, but it also would feature Pawan in a number of intricate fight/action scenes where he will have to take off his shirt.

Says a source, “Pawan has not done such slick Avengers/ Marvel styled stunts in his career. It is one thing to do the gimmicky action that Telugu cinema specializes in. But for him to carry off the Thor-Ironman kind of action Pawan is needed to seriously get into shape.”

The actor who took a longish sabbatical from acting to concentrate on politics is not in the best of shape physically.

“It was Krish who suggested that a fitter Pawan Kalyan would be more agile on screen. Pawan has already started on his weight-loss strategies,” says the source. 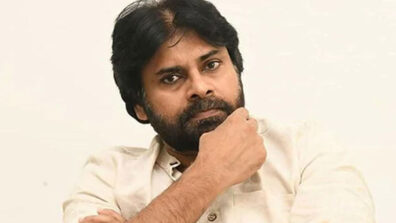 Pawan Kalyan vs Mahesh Babu: Who wins battle of fans?