Shashi Kapoor: The Gentleman Actor Who Lashed Out In The Press Only Once | IWMBuzz
Subscribe Now
Movies | News

Subhash K Jha talks about Shashi Kapoor the ver-polite actor who lose his cool only once. Forever the thorough gentleman Shashi Kapoor’s interaction with the press was impeccable. Polite, well-behaved and utterly dignified, he never lost his cool in print (there was no internet back then).

But the one time that Shashi lost his cool and lashed out in print was when his dear beloved wife Jennifer Kapoor did not win the National award for her extraordinary performance in Aparna Sen’s 36 Chowringhee Lane.

Strangely Shashi Kapoor lashed out at Smita Patil rather than Rekha who won the National award that year for Umrao Jaan.

Explains a source, “Even when he was angry and upset Shashi remembered to be kind to his friends. And Rekha was a dear friend. She had played the lead in three of Shashi’s most prestigious productions Vijeta, Kalyug and Utsav. So Shashi didn’t want to attack Rekha. Instead, he deflected his anger to unnamed actresses who get national awards for soaping their armpits.”

A comment that Shashi regretted later, though luckily he hadn’t named Smita. But Smita did win the National award for Chakra in which she was seen bathing under a streetside water tap.

Some years ago when I brought up this soapy slip-up with Rekha she said, “Shashi had every right to be upset. Jenniferji deserved the award much more than me. I didn’t even know what I was doing in Umrao Jaan.”

Shashi could take solace in the fact that many great performers and performances didn’t win any National award. They didn’t honour Dilip Kumar for Ganga Jumna or Devdas. Nor did they honour Rajesh Khanna for Anand or Amar Prem. Even Mr Bachchan’s really great performances in Deewaar and Saudagar went unacknowledged. 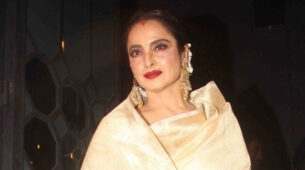 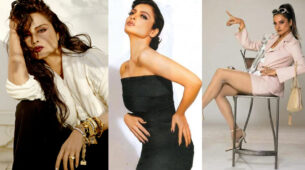