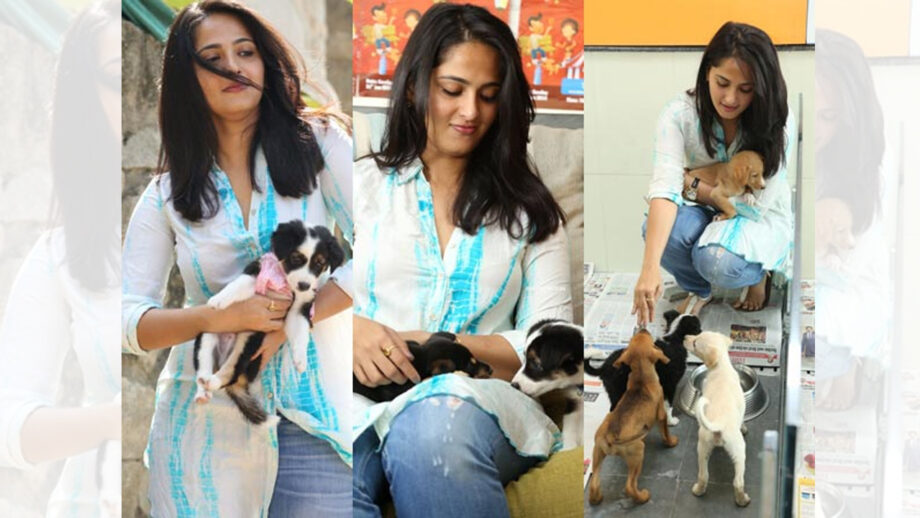 The Lady Superstar is the most famous in Tollywood. She works in the Tamil and Telugu film industries. She is known for her role in the movie Baahubali series. She has received several awards for her work. She has established herself as one of the leading actresses of the Telugu cinema. Dogs are the favorite animal pet of celebrities. They treat them as family members and love them more.

They spend their free time with them. Most of them play with their dogs and enjoy themselves. Anushka is not the only lover of dogs but also works on a noble cause of protecting them. She attended one event where she came along with her pet dogs. Anushka considers her pet as her best friend. She looks cute with them and even her puppies are cute.