Sonam Kapoor is the fashion queen and we see her slaying Bollywood with her stunning outfits. Sonam is the real inspiration for all the fans as they admire her for fashion sense. Sonam has never disappointed her fans by her fashion. Whenever she posts any pictures on her social media, she never fails with her outfits and always makes her fans happy. Sometimes due to dress issues or design patterns, the actress looks uncomfortable in her outfit. Let’s take a look at the uncomfortable outfits of Sonam Kapoor.

Sonam was spotted in her black ruffled-sleeve jumpsuit at an event in Mumbai. This jumpsuit was selected by her sister Rhea Kapoor along with the Russian designer, Rosario. She was looking uncomfortable in this outfit. Another outfit of Sonam was grey long gown which looked like a butterfly and was designed on the upper portion of the body. Sonam was not looking good in that outfit and she was feeling very uncomfortable. 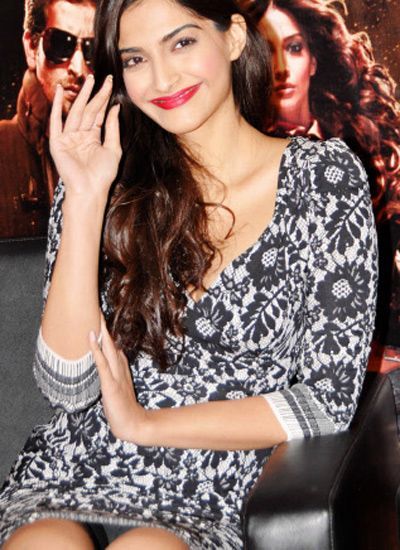