Who is your dream girl: Radhika Pandit Or Samantha Akkineni? The most renowned actress of the Kannada film industry is Radhika Pandit. She was a former television actress and has done several shows. Undoubtedly, Radhika has worked hard to become one of the leading actresses in the Kannada cinema. She got fame through her television series. Her first film was Moggina Manasu in 2008. The actress looks gorgeous and has maintained a well-toned figure. Her facial expressions are just mind-blowing, which makes her look cute.

The stylish and fantastic actress in the south film industry is Samantha Akkineni. She is an eminent actress and is mostly known for her fashion styles. Samantha has stunned us with her amazing fashion styles. She made her acting debut with Telugu romantic film Ye Maaya Chesave in 2010. Her fans love her performance and they like to watch her on-screen. She is the style icon and gives us major fashion goals. She looks perfect from top to bottom and keeps on trying different designed outfits, which helps her look sassy. Her fashion styling is incredible, and several people follow her for her fashion styles as they are just fab.

Must read: Radhika Pandit vs Samantha Akkineni vs Sai Pallavi: Who Has The Best Style Game?

Who is your dream girl: Radhika Pandit Or Samantha Akkineni? Do let us know and stay tuned to IWMbuzz.com. 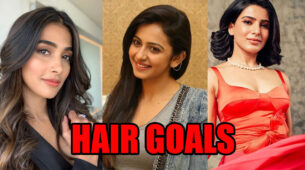 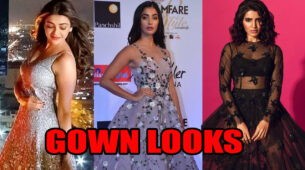