Top films of Kishore Kumar that are iconic hits today Kishore Kumar was a brilliant actor who loved to sing. With the help of his elder sibling Ashok Kumar, he began his acting career and later switched to singing. But his elder brother was always against Kishore da singing and wanted him to act. On the contrary, Kishore Kumar did not enjoy performing as much as he did the singing. In one of his conversations with Lata Mangeshkar, he revealed that he hated acting because that was not who he was. It was just a role play. But singing is what brought out his true self because songs are sung from one’s heart.

There was a point in Kishore Kumar’s life where he wanted to leave the showbiz and settle in his hometown at Khandwa. Though he was an ethereal singer, his acting was also very impressive and won the hearts of millions and, to date, manages to hold the same magic.

Though he detested acting; after a few hit films, he started acting as well. Here are his best five ones. Chalti Ka Naam Gaadi, released in 1958, is a light humored film. Alongside Kishore Kumar, his two brothers Ashok Kumar and Anoop Kumar, and his wife Madhubala, played the important roles in the movie. A film that must be viewed at least once in a lifetime. It will take you on tour to old Bombay. Padosan was released in 1968. Suppose you remember the famous song Mere Samne Wali Khidki Mein. The film is based on Bengali story Pasher Bari, which was remade twice in Tamil as well. Hungama, if you are bored sitting at home, then watch this comedy film by Kishore Kumar released in 1971. Certainly a paisa wasool comic movie. 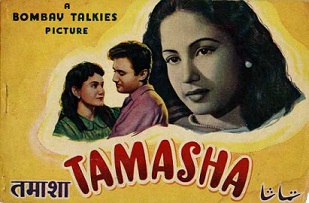 Tamasha was the biggest hit from Bombay Talkies for the year 1952. Mamta Ki Chhaon Mein, this film was also directed by Kishore da. But before the film could be released, he breathed his last in 1987. Therefore, Rajesh Khanna, with the help of Kishore Kumar’s son Amit Kumar released the movie in 1989.