A man with several emotions, Kishore Kumar and his popular songs When talking about fun and energetic tracks, the one name that pops to everyone’s mind is Kishore Kumar. His birth name was Abhas Kumar Ganguly. He was a man possessed with several skills. From being a vocalist, entertainer, music director, lyricist, playwright, filmmaker, producer, and screenwriter, he was a one-person show. A very talented fellow who had the whole industry at his graze.

When Mohammed Rafi was suffering from throat infection during the 1970s, it is at the same time when Kishore Kumar gained prominence. He has sung for many high superstars and gave them immense fame. Rajesh Khanna and Kishore Kumar both simultaneously caught the eye of everyone with the hit movie Aaradhna and two tracks sung by Kishore da. Kishore Kumar always had his way of getting into people’s hearts.

One of the most popular and skilled singers in the music industry, Kishore Kumar’s songs varied from soft to peppy and romantic, sad moods. He was a moody fellow, and so were his songs. The main component of Kishore Kumar’s voice was the fact that it hit straight to the core.

Here are some of the best hits by Kishore Kumar that are very popular. 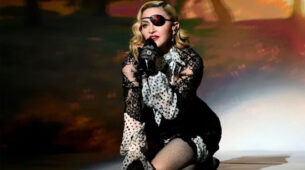 Most Famous Recorded Songs By Madonna