Kishore Kumar was a legendary singer but well despite being so successful he himself couldn't escape from the controversial mess. Here are 4 of his top controversies Kishore Kumar was a man with many faces. He was a jolly as well as a sad human. He could make you laugh your guts out. He was embedded with numerous talents. But he himself was always in the middle of some mess or the other making a name for himself.

Here are a few of his controversies from which some are nothing but funny ones. Here are a few of those:
When Kishore Kumar married Madhubala, his family was against their marriage as she was a Muslim. And so he converted himself to Muslim. And had their marriage according to Hindu ritual but his family never accepted them. Also after Kishore Kumar got to know about the terminal illness that Madhubala had, he left her.

Kishore Kumar was persistent when it came to his payments. He always wanted to be paid in full advance. And one of the director when paid him half the amount he came to the studio with half make up and when asked about it to which he replied ‘aadha paisa toh aadha make up’. 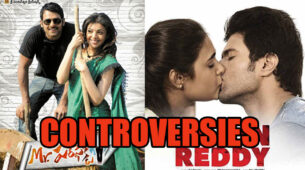