Kishore Kumar we all know was an amazing actor and singer. One of his movies called Begunah which was never released was found after 60 years. And the catch is the thing that high court had ordered that the prints of the movie be destroyed.

So what’s all the fuss about right? Well this Kishore Kumar film Begunah which was to be released in 1957 got caught up in a controversy with the Paramount pictures movie Knock On The Woods, with them alleging that Begunah was a copy of the film. And well, the Paramount pictures won the rights and the high court decision and ordered that all the prints of the movie Begunah be destroyed.

But there have been many to believe the fact that some of the reels survived and the National Film Archive of India (NFAI) found them. After 60 years of them being told to be destroyed a few survived. Also the NFAI director Prakash has mentioned that there has been a search for this for a very long time. And there were two reels found. Each has rounds of 60 to 70 minutes and the second reel had the song Ae Payaashe Dil Bezubaan where Jaikishan tried to get his first appearance and Shakeela dancing on the tune. The song was voiced by Mukesh. Also, the reels were not in that good situation.

Tell us in the comments what do you think of this Kishore Kumar movie that never got to be on the screen. 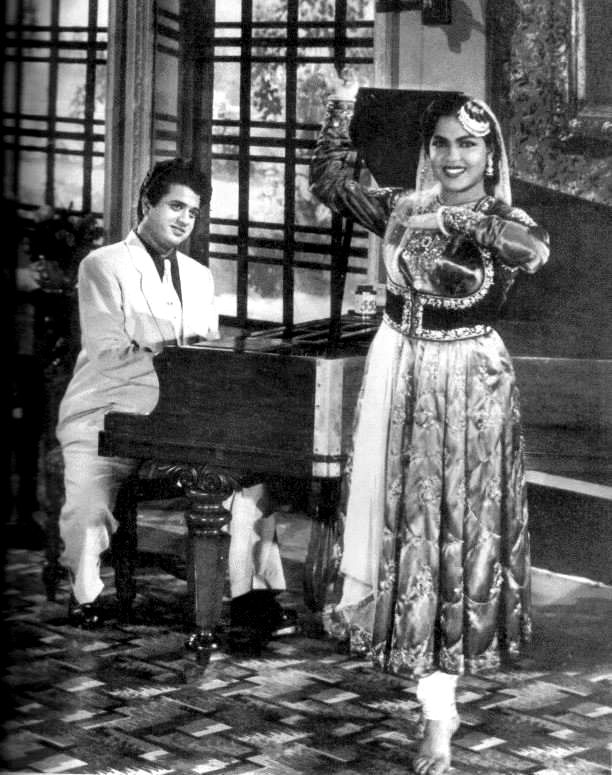 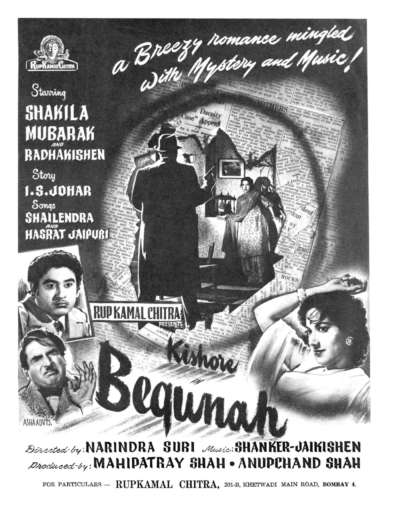