I have 5 girlfriends in my bag but only 1 in real life: Manish Pandey | IWMBuzz
Subscribe Now
Sports | News Batsmen often give credit to different people for their batting skills. But for Manish Pandey, the formula is straightforward. There are just two things he attributes to becoming the power hitter that he is today — timing the ball, and a good bat.

Pandey is extremely possessive about his bats. He says, “In many ways, my bat is like a girlfriend, especially when I’m playing my matches and my actual girlfriend [now wife] isn’t around.”

“I even end up having ‘fights’ with my bat. I tell my bat that it has changed when I start to edge balls and it replies right back, ‘I think it’s you who’s changed!’,” Pandey laughingly says.

But while Pandey might be a one-woman man in real life (he married long-time girlfriend Ashrita Shetty in December last year), he’s been known to ‘cheat’ on his bats. “I have 5 ‘girlfriends’ in my bag — each of them is special for different occasions. For example, the bat with which I scored my IPL century is what I call my ‘shadow’ bat. I use it whenever I need a confidence booster or to prep for a big moment.”

Like many other famous cricketers, Pandey also has his set of superstitions. “I don’t know of any cricketer who doesn’t have superstitions. For me, if I play an exceptional inning with one bat, I tend to keep using it. It almost becomes like a good luck charm.”

But Pandey’s relationship with his bat is no casual affair— there is a secure attachment there. He continues, “For me, a bat getting destroyed in a game hurts just as bad as losing my wicket. When the bat gets chipped or cracked, I feel like I’ve injured myself.”

Of course, this doesn’t mean Pandey is possessive about his bats. He believes in the philosophy of ‘if you love something, let it go.’

“I’m always giving away my bats. Not just to little kids who are aspiring cricketers but even to Indian team members. The bowlers especially are always asking me for my bats, and sometimes I have to give in!” 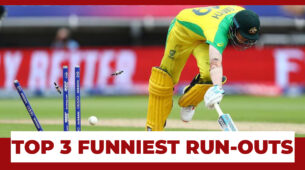