Whose fitness regime do you want to follow, Ronaldo or Messi? 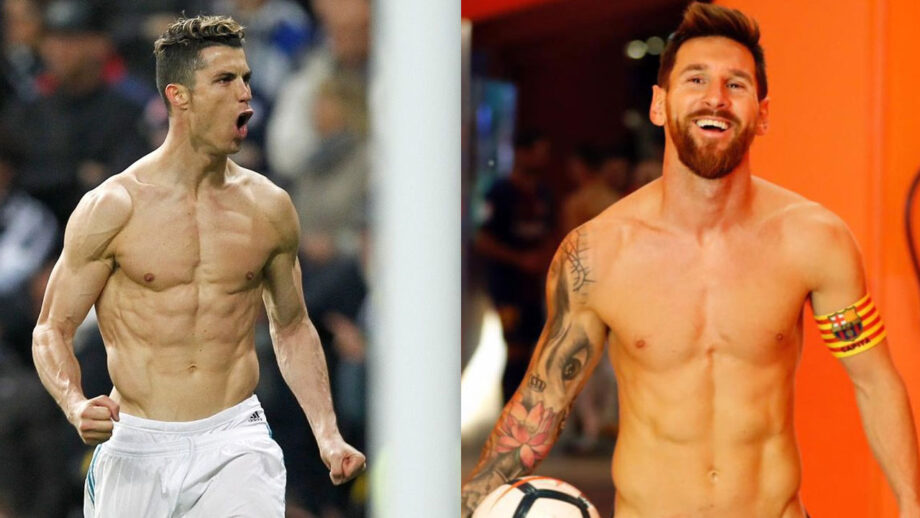 Often considered as the best player in the world and widely regarded as one of the greatest players of all time, Ronaldo is renowned for being one of the most athletic players in football history, but how did he attain his top condition? He was not born with those traits, though; the rippling physique we see today is a marked transformation from the skinny teenager he was. Protein is a big area of focus for Ronaldo. Ronaldo has an amazing work ethic with his training routine. The football star spends 3 to 4 hours training every day. He does this consistently for 5 days a week then rests for 2 days. His training emphasizes explosion, endurance, speed, strength and functional movement.

On the contrary, we have Lionel Messi who isn’t a heavy-workout junkie, however, he does have to follow some regular workout plan under the supervision of his coaches. The Argentine’s workouts revolve mainly around making sure his body is up to speed, literally. In terms of basic movement, he practices the pillar bridge-front, lunges, hamstring stretches, and pillar skips. He also uses the hurdle hop as well as split squats in order to strengthen his core and leg muscles. To end his portion of the workout, he does different acceleration drills to boost his pace. Messi uses the exercises of pillar skips, skipping ropes, and squats to further build his leg muscles. For agility, he skips past diagonal hurdles, cones and other obstacles to improve his lateral movements. Water, olive oil, whole grains, fresh fruit and fresh vegetables are the foundation for Messi’s dietary regime.