Check out the moments when Ronaldo showed his sportsman spirit! Cristiano Ronaldo is the renowned football player who has made his opponents and the entire world numb with his performance. He not only plays the game with his strength but also with his brain. The player can score anytime with his solo goals. His dedication, hard work and the craving for achievements are what make him a perfect sportsman. CR7 has got some really magnificent tricks and flicks to but the ball inside the goalpost with his feet. He is the master of long shots and can raise a team on his own.

Here are some moments from Ronaldo’s football career that will make you adore his sportsmanship spirit:

1. People have called the player narcissistic and arrogant but, he proved them wrong. In 2018, although Portugal lost to Uruguay, it witnessed a heart-warming moment when Ronaldo rushed to Uruguay’s Edinson Cavani who was injured and brought his to the side-line.

2. The man never failed to amaze us. His overhead bicycle kick was marvellous in the UEFA Champions League (UCL), 2018 quarterfinals. CR7 has never let his fans down. He has always come up with some brilliant moves in the matches. It left Zinedine Zidane enthralled with a win of 3-0 for Juventus.

3. The hattrick against the team, Atletico Madrid with a score of 3-0 on 12th of March, 2019 at UCL was remarkable. He fired the goals on the behalf of Juventus. 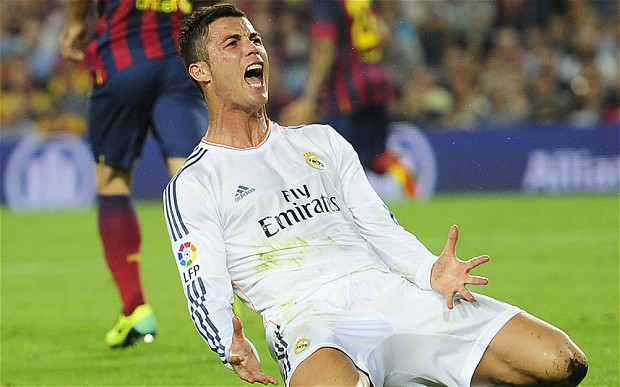