I hope I can make Jhanvi of Ek Bhram Sarvagun Sampanna as popular as my earlier characters Aastha and Gauri: Shrenu Parikh
Subscribe Now
Television | Celebrities

Shrenu Parikh who will don a very different kind of role for Star Plus’ upcoming show Ek Bhram Sarvagun Sampanna gets into an exclusive conversation. Talented and gorgeous actress Shrenu Parikh believes in taking calculated risks when it comes to doing something new and challenging as an actor.

Her first big move in her long acting career will now come, wherein she is determined to play a character which she has never ever dreamt of.

Shrenu will now be seen in a very different role, that of a perfect daughter-in-law who turns out to be something very different in Star Plus’ new offering, Ek Bhram Sarvagun Sampanna produced by Dipti Kalwani’s banner Sunny Side Up.

After playing the roles of Aastha in Iss Pyaar Ko Kya Naam Doon – Ek Baar Phir and Gauri in Ishqbaaaz, she now looks upbeat, brimming with confidence as she steps in to take the acid test.

In an exclusive interview with IWMBuzz.com, Shrenu Parikh talks about her new journey in the role of Jhanvi, in the show Ek Bhram Sarvagun Sampanna.

Take us through the process of signing up for a role which is so very different?

(smiles) Well, all started with the fact that I wanted to do something very different. I would say I am lucky enough to to have got this character. In fact, Dipti Mam had full faith in me, and was very keen that I play this role. Actually when I got this offer, the leap in Ishqbaaz was just announced. Dipti Mam narrated this role to me, and I immediately declined. However, she insisted that I can pull it off and do a good job.

She gave me couple of references, and asked me to watch it. Even while I was watching, I was convinced that I could not do such a role. But after watching it, I developed full faith in the character and I did not want to let go of it at any cost. Yes, of course it is a risk and an experiment, but having said that, I have done a lot of TV. This is something new and challenging. ‘Abhi nahi karoongi toh, when will I go for it?’This is how it happened and this is why it happened (smiles).

The channel has been comparing Jhanvi to iconic TV bahus like Tulsi and Parvati and saying that she is nowhere like that. What do you have to say?

I have seen a lot of characters being like Tulsi and Parvati. In fact, Aastha in Iss Pyaar Ko Kya Naam Doon – Ek Baar Phir was a progressive girl, and had a bit of Tulsi and Parvati in her. Gauri of Ishqbaaaz was like Tulsi as she was a God-fearing girl and the perfect bahu of the Oberoi family. Over here, Jhanvi is certainly the best daughter-in-law in front of the family and society. But she has a hidden motive in whatever she is doing. And that is the backbone of Ek Bhram Sarvagun Sampanna. 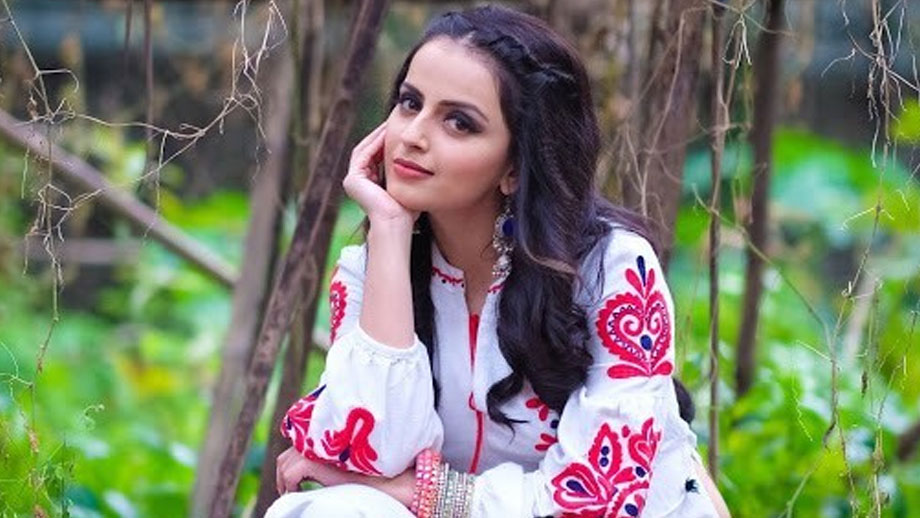 Tell us about the character Jhanvi.

Jhanvi is not cunning or a bad person. It is just that whatever has happened with her is driving her crazy. I cannot talk much about the character at the moment. Hope you understand.

Talk us through the preparations that you went through for the role?

As I said, I was given many reference works which I had to watch. We had an extensive workshop wherein I had a teacher who helped me build the character. So we worked together in getting the characterization right. The workshop was a great experience which went on for 15 – 20 days. I have been given a list by Dipti Mam with regards to the references, and I guess I will have to keep looking at them whenever needed.

Frankly speaking, the workshop helped me a lot. I have not done too much of theatre in my life. So the kind of tuning I got in the workshop is what a theatre artist usually gets.

The Ishqbaaaz team is an amazing dream team to be with. I will cherish it forever.

How tough was it to move on from playing Gauri in Ishqbaaaz and get into another role in quick time?

Well, the transition from Gauri to Jhanvi happened very quickly for me. Even though I have professionally moved on from Ishqbaaaz, I will alwaysa remain connected to my IB team. The connections will stay forever and there is no reason for me to move on from them. We hang out even now. The Ishqbaaaz team is an amazing dream team to be with. I will cherish it forever.

What are your expectations from this role?

This role is very different from my role in Ishqbaaaz. I hope for a lot to happen from this role. I am actually discovering myself and understanding a lot about the different things that I can do as an actor. Frankly speaking, I am very happy with the way in which the promo has come out. It was kind of a divine intervention that happened when I was shooting for the promo. I gave it all that I could and put all that I learned in the workshop. The manner in which an animal’s instinct is compared to Jhanvi’s attitude came out really well. I got compliments from many actors, directors and technicians from the industry and it made me feel confident. How is it with the team in Ek Bhram Sarvagun Sampanna?

It is an amazing unit to be with. We are all in the process of figuring out our characters. In Ishqbaaaz, we were so much in tune with our co-actors that we knew exactly what the other person will say or how he will react. But over here, we are getting to know each others’ frequencies right not. We will surely be in sync in quick time.

The experienced artists are very helpful. In fact, for a particular scene, I remember taking advice from Ayub Sir (Khan) and he was ready to help me out.

Zain Imam is fun to work with. Tanvi Dogra is a very sweet girl. We have a lot of newbie in the cast. And we are getting along really well.

Tell us about your fans reactions?

My fans were initially very shocked on seeing the promo. I got so many messages and mails that I cannot explain. Everyone wanted to know more about my character. However, I am bound by my contract; hence cannot reveal anything as of now. They have been very inquisitive to know more. And I am sure they will wait for a bit longer for the launch of the show. They have always believed in me and have showered their love. I expect the same love and warmth from them now.

This is your third show with Star Plus. How does it feel?

I am happy to be part of Star Network. It is like home now. The channel has huge expectations from the show. Hence when we were informed that we will beam on Star Plus instead of Star Bharat, we accepted the challenge. The channel does not matter much as we all need to deliver as a team. I cannot thank God enough. We look forward to doing a great job. I hope I can make Jhanvi as popular as my other characters. 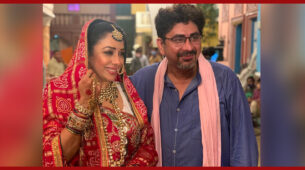