Charismatic beauty Pankhuri Awasthy, who is known to inspire audience with her characters in shows like Razia Sultan and Suryaputra Karn, says it is disappointing to see the entire Star Dopahar band ending.

The talented actress, who currently enthralls viewers as Amala in Kya Qusoor Hai Amala Ka, is upset with her show scheduled to shut shop on 30 September.

“It came as a surprise as none of us expected. It wasn’t a particular show that’s ending but the entire Star Dopahar band. It was very shocking for us. We all were attached to the show and specially me, because I pushed hard to prepare for the role. The daily was also a benchmark. It is disappointing and unfortunate but life moves on. I feel that there are few things which are not in our control. Even if you feel bad, you have to accept it,” says the lovely actress.

We hear that loyal fans of the daily are signing petition to save the show. Talking about the same, she avers, “I have received many messages but I did not understand what to say to my fans. I did not want to keep them unknown to the fact so I personally replied to each and everyone stating that the show is ending. Fans were enthusiastic to fight for the show and sign a petition. I think they have also spammed all Star Plus pages and mails. It is really touching the way they are trying to bring back the show. They were giving me ideas too like can it come as a Hotstar series or can it shut now and return with season 2? I assured them that I will take all their ideas and keep it forward in front of the Star team.”

On an end note, when we ask what type of roles she is looking forward to in future, she quips, “I am not thinking about the projects or character I will pick in future. I am sure whatever role I accept will be inspiring in its own way. I was not conscious about my choices but now when I look back to the roles that I have done like Razia, Draupadi and Aamla, I feel proud. These are all women with so much strength. I am sure there are some nice plans for everybody. I believe some journeys are short.” 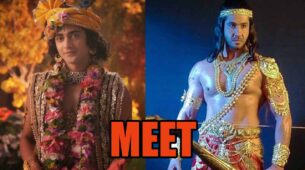