Kareena Kapoor Khan (Bebo) is a dancing queen and surely makes the perfect judge for Dance India Dance and here's why. Bebo had brought excitement in a dance reality show. many Kareena Kapoor fans were impressed by her judging.

Kareena loved almost everything she watched. For her, every performance deserved ‘five stars’, ‘1000 points’ or a kiss from her. Bebo was the favorite judge of all the contestant. Kareena Kapoor for her effort to establish a connection with contestants. She had no qualms in going on the stage and shaking a leg with them.

The TV reality show, Dance India dance was the focus on hardships and tragedies of contestant’s lives and the emotional drama that follows.

Kareena Kapoor Khan plays and amazing role in judging . and Bebo fans were happy by seeing her as a judge on Dance India Dance. 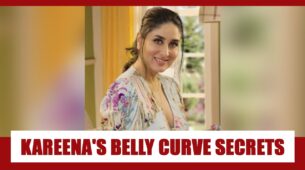