From the strong-headed Kanak to the over-thinking yet non-confronting Mishti, Rhea Sharma’s transformation has been one long but rewarding journey. The fabulous Tu Sooraj Main Saanjh Piyaji’s actress, Rhea Sharma, is now back with a bang, in her new role as Mishti in Star Plus spin-off show Yeh Rishta Kya Kehlata Hai. Many actors claim to be versatile but very few actually change their skin like they do clothes and this here is a television actor who has the ability to do just that!

Rhea Sharma was initially known for her lead role as Kanak, a strong-headed and independent woman. However, she had to go through tremendous transformation to now play the character of Mishti, Naira’s cousin in Yeh Rishta Kya Kehlata Hai, who has grown up to be a young and pretty girl and is about to get married. 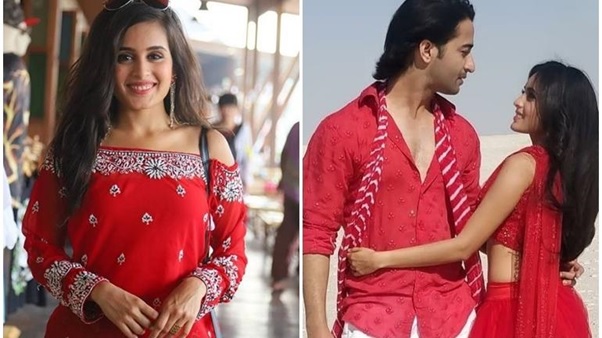 Her character is that of an independent girl who is just like another “girl next door” but is confident about her wishes and what she wants in future – not a rebellious character though.

When asked what has the transformation been like, from the strong-headed character of Kanak to the over-thinking yet non-confrontational character of Mishti, actress Rhea Sharma says that it was challenging to revamp her body language, attitude, dialogue delivery and more, but she was more than excited to do it and took the challenge sportingly! We totally get that Rhea Sharma aka Mishti is trying hard to get into the skin of her role to portray what the director exactly wants her to deliver and her hard-work has paid off all too well! Actress Rhea Sharma has also been heard in the media saying she is always up for new challenges and never stops looking for fresh and interesting characters to play.

Her fans are all digging this versatile actor and we are all too excited to know what project she will be laying her hands on next!