IWMBuzz, in association with Syska Personal Care, is bringing the Style Awards to the television industry. This is an interesting partnership between IWMBuzz and Syska, wherein the most stylish stars in the TV industry will be voted for and honoured, across various categories. Audiences will vote for the celebrity who according to them deserves to win the Syska Style Award in that category.

We scoured the TV entertainment industry for legit hotties from the exciting crop of gen-next newcomers, who are poised to take over as style icons from the current holders. And lo! Look what we came back with! Presenting the nominees for the Syska Style Award for Emerging Style Icon – Male: 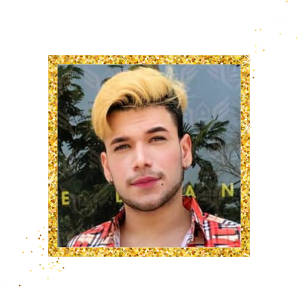 With 56.7k followers on the Gram, Faizy Boo is a legit internet sensation.Faizy Boo won millions of hearts with his style and candour, when he appeared in MTV’s Ace of Space. Flamboyant and in your face, Faizy Boo slays fans with his great looks, terrific dance moves and spiffy sense of style. That aside, Faizy Boo is also ‘Out and Proud’, winning the admiration of his followers and the masses, for his fearless embracing of his sexuality. Varun Sood became the darling of the millennial generation with his spunk and sassiness that was out on full display in MTV’s Ace and Space. Varun’s extravagant and effortlessly glamorous style, complete with spiked hair and a devil-may-care attitude, is something every youngster looks up to and wishes to emulate. Priyank Sharma’s sharp features and sharper sense of style have given him the insta-route to Instagram stardom. The reality show star has women drooling over his fresh-faced handsomeness and oh-so-cute dimples. His graceful stylishness instantly draws attention. Heck, the guy carries off everything that he wears with equal panache. But it is the sleeveless tee that he’s positively made his own, showing off those rippling muscles (*drool, drool*) in all their glory! Boy wonder Siddharth Nigam has already garnered a dedicated fan-following that can put seasoned stars to shame. From being the next big thing as a Bollywood and TV child actor, he has effortlessly eased into the cut-throat world of mainstream acting.Siddharth’s ticket to style icon status is that rare combination of a body that flauntseight-pack absand a face that makes you melt with its vulnerable innocence – a killer combination if ever there was one! New hunk on the block, Siddharth Gupta is the quintessential chocolate boy, winning the hearts of female fans with his swag and style. Rising star that he is, Siddharth has his fashion game on point, hitting all the right buttons in the style stakes. The debonair actor is someone youngsters look up to, whenever they are in need of some sartorial inspiration. 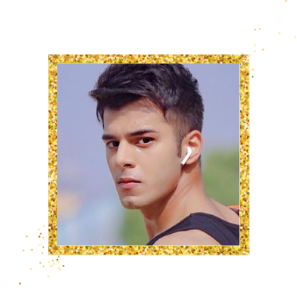 Siddharth Sharma is Adonis personified. With his Greek God looks and innate sense of style,Siddharth is the alpha male every female hankers after.Jeans and tees, blazers, even formal suits – Siddharthrocks every look with grace and flair. His style and personality reek of the kind of magnetic charisma that comes naturally, without any effort on his part. If that isn’t the makings of a future style icon than what is!