Why is it wrong to promote one's own family with self money, asks Samir Soni
Subscribe Now
Television | Celebrities Samir Soni, who is working with Tiger Shroff and Ananya Pandey in the much-awaited Karan Johar production, Student of The Year, really can’t understand all the brouhaha over the on-going nepotism debate.

Says Samir, “Sadly, many don’t understand what nepotism really means. Please check out the dictionary. A film production is a private enterprise and if some producer wants to park his own hard-earned money to launch his/her own kith, how can it be wrong? Have we not seen cases where people have lost money in similar endeavors, and since then, follow the once bitten twice shy syndrome.”

“And why should you not promote your family and friends? Will a doctor not let his son/daughter follow his footsteps? Would that be akin to nepotism? And let’s face it, having a star kid as a new face gets much more media coverage, given their pedigree,” says Samir, who has been a part of TV and films since 1995. His notable film projects have been Chinagate, Baghbhan and I Hate Luv Stories.

“If today wifey Neelam wants a young person to assist her in her jewellery business, why should she not turn to her daughter Ahana, if she has the aptitude and skills,” he adds.

When pointed out that this resentment stems from the fact that others don’t get a chance, he says, “But that is life. You have to play with the cards handed out. Why hold someone’s family name against them? And there will be people who are much lower on the opportunity ladder. Not all actors are lucky enough to come to Mumbai and not struggle.”

“Also, the naysayers don’t see the flip-side, when the bar for star kids is set much higher, given comparisons with their parents. But yes, I do concede that they get a break more easily as opposed to non-industrywallahs; but then who says life is always fair,” explains Samir.

He says further, “The funny part is that many people just jump into the melee. Kangana made a statement about what she felt given her struggle. But then it became a catch word, and today every big actor who is launching his kids is accused of nepotism.”

“Where I draw the line is nepotism in politics as public money is involved. You can’t make someone the leader of a party or govt just because he or she belongs to one family.”

Coming to SOTY, Samir says he is playing a crazy school principal. “I am enjoying shooting with Tiger. That kid is just as grounded as his father; no wonder he is such a success. I also know Ananya well, as her dad Chunky has been a friend for years.” 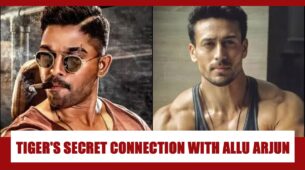 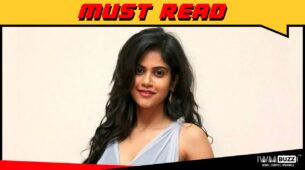