The Indian television programming prism and its consumption pattern is seeing a drastic change. With an average consumer getting exposed to myriad content flavor, choices are galore and thus, the pressure to entertain has intensified, and a little miss here & there, spells doom for a show.

Case in point is once super popular franchise Iss Pyaar Ko Kya Naam Doon. Its latest season starring television’s one of the most popular faces,  Barun Sobti, got punched out from the competition ring within three months of its launch, much to the dismay of the makers (Star Plus & 4 Lions Films).

It is not a good sign when a huge show with great expectations shuts shop, it hits the core of business and belief of fans.

It is always very difficult to pin-point on the reason for a show’s failure.  One can only ruminate over it, fishing out probable concerns. The truth is every show has its own destiny.  Having said that, there is a theory which suggests that Star erred in naming the show Iss Pyaar Ko 3, which infuriated IPKK fans who were not ready to accept Barun Sobti romancing Shivani Tomar in place of Sanaya Irani (the original franchise couple). Bad blood so early among a core fan base never helps, for they were planning to milk the same crowd.

To be fair to the makers, they spent huge amount of money at the start giving it a larger than life image, yet it did not work. It went in the more daily soap zone later. Iss Pyaar Ko is a popular name, but times have changed and so are the content need of fans. The initial brooding Barun Sobti was made a chocolate boy in quick time, reflecting desperation and haplessness of the makers, trying hard to keep their head above water.

The naysayers also attributed the failure to Shivan Tomar, it is alleged that she was unable to get the chemistry right with her co-star.  To be fair, we felt that Shivani has really grown as an actor over the years and it would be wrong to pin the blame on one actor alone. Perceptions formed fast and with constant social media clamour, breathing space became toxic.

One important thing to note is that the social media talk has started impacting decision making in the television space. Be it Pehredaar or Iss Pyaar Ko, TV show makers were knocked & punched into submission, a hitherto never seen phenomenon. Real time feedback, might or might not be impacting ratings, but is definitely influencing the train of thoughts of programming honchos.

Furthermore, the lackluster ratings might also affect Barun’s future billing, had it worked, he would have really gone places, might have returned to films as well.   He will now be pinning his hopes on film Tu Hai Mera Sunday.

Here, we feel the massive outburst against Producer Gul Khan was uncalled for, casting is not in the hands of producer alone, the channel also plays an important role.  And the creative team has the right to change the lead face in the sequel if they feel a particular actor does not fit the bill as per the script. Gul is a very smart producer, who knows what the youth wants, no wonder she has given shows like Geet and Qubool Hai.

Gul tried her best but sometimes things just don’t work. IPKK fans if they really loved Barun, should have watched the show to give their hero a second chance on TV.

When iconic shows fail to perform, the Earth shakes…creating doubts on viability of yesteryear popular projects and its relevance in today’s times.

Iss Pyaar Ko to beam its last episode on 6 October 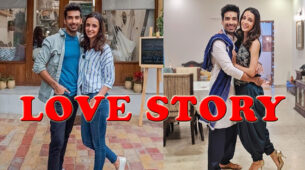