Set in Rajasthan, Dangal’s Aye Mere Humsafar portrays the life of an ambitious girl and a laid-back boy and how their lives get entangled after a misunderstanding which leads to a mix up in their marriage. Just when the conversation started about how the TV shows have the same old Saas Bahu storyline, Aye Mere Humsafar hits the audience with a unique tinge of freshness. The plot provides women the right amount of inspiration that they are capable of achieving their life goals along with taking up their household responsibilities. The storyline also touches on dilemmas that a young boy faces when he does not have a clear ambition in life.

Business Baron, Pratibha Devi (Neelu Vaghela) runs one of the biggest masala companies in Rajasthan along with her son Sundar (Hemant Thatte). Her youngest son Ved (Namish Taneja) has been pampered to the hilt and hasn’t taken life seriously yet. After achieving success in the business, Pratibha’s aim is to get Ved married and feels it’ll be the best option to get his life on track. She is awestruck when she meets Vidhi (Tina Philip) and feels there can be no better match for her son despite her disability. Tina on the other hand doesn’t have marriage on her mind as she wants to become an IAS officer. But like a typical Indian mother, Surajmukhi (Vaishnavi Macdonald) isn’t too excited about Vidhi’s big dreams as she feels a highly-educated daughter is a deterrent to finding a good man.

The most striking aspect of this new show is how relatable the portrayal of each character of the story is. A mother who after losing her husband managed not only to fend for her family but also single-handedly built an empire, an uncommon story to narrate. This strong woman who has a thick outer shell also has one of the softest hearts for her son who she loves abundantly. On the other hand, a conservative middle-class mother who is very proud of her daughter’s achievements and capabilities but is also worried if this asset will be the biggest roadblock for her happiness.

Though the show name calls out a love story, it has managed to give women the driving seat. In a scene in the second episode, when a probable groom’s family comes to visit Vidhi, they are taken aback when they see her limping. They ask her how much she earns through her teaching job because “apne bhare bure ladke ki shaadi ek tuti phooti ladki se karane ke baad, nuksaan ki bharpayi toh hone chahiye na”. Unlike the other female characters, Vidhi with her nonchalant personality gives it back to them saying she is much more educated and earns more than the guy and she rejects him. This scene stands out and gives a glimpse of what the audience can expect in the upcoming episodes.

There is no running away from the fact that the show holds the audience’s attention due to some heavyweights. Neelu Vaghela, whose character has etched a mark on the viewer’s mind, shows her versatility and promises to frame a new character in their hearts. Her performance is second to none. While Namish Taneja perfectly wears the boy next door avatar and adores his mother, the chemistry between the mother-son duo is undeniable. Highly qualified Tina Philip herself, naturally fits into playing an aspiring IAS officer and has seamlessly adapted the character and the limp. She mentioned in an interview how she now forgets to stop limping after the director calls a cut. Vaishnavi Macdonald, who the audience is used to seeing as a rich saasuma, has given us a surprise with such a wonderful choice and portrayal of the character.

All in all, the first two episodes seem very promising and bring in a fresh flavor We hope it doesn’t get muddled or circle back to being yet another love story or a saas bahu drama. 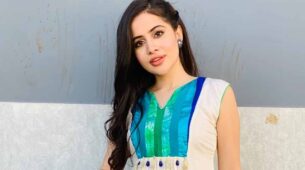 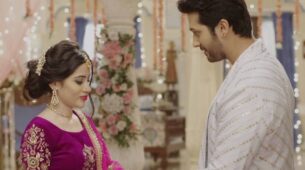