IWMBuzz.com reviews the Rajan Shahi show on Star Plus, Yeh Rishtey Hain Pyaar Ke. Read here to know how we see it 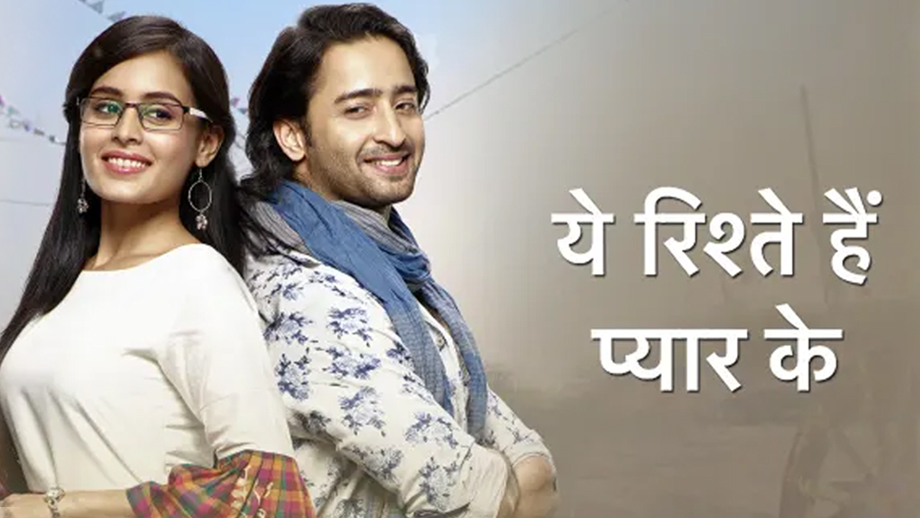 Ace Producer Rajan Shahi’s renowned banner Director’s Kut has literally created a hat-trick of sorts when it comes to churning out well-etched shows with great family values with the newest presentation on Star Plus, Yeh Rishtey Hain Pyaar Ke.

Rajan’s earlier shows Sapna Babul Ka Bidaai and Yeh Rishta Kya Kehlata Hai, for Star Plus have done well and have had a great run.

Following on the footsteps of the earlier two success stories is this new one, which is actually the spin-off of Yeh Rishta Kya Kehlata Hai.

Yeh Rishtey Hain Pyaar Ke, the concept brings to light the ideologies that the new generation shares about the age-old customs of the society with respect to arranged marriages.

It brings to light the view points of the youngsters of today, on how they want to live a liberated life wherein they would want to spend time with the person and know him / her well before taking the plunge of getting married. Yeh Rishtey Hain Pyaar Ke is a beautifully woven story of joint families holding on to the age-old customs and the manner in which the younger generation feels suffocated and wants to live life according to their terms.

This story of two brothers and two sisters reminds us of the wonderfully-crafted tale of Rajan Shahi, Sapna Babul Ka.. Bidaai. Well, the similarity does stop here, asthe premise of Yeh Rishtey Hain Pyaar Ke is set up differently.

This show being the spin-off of Yeh Rishta Kya Kehlata Hai has an easy move-on with the viewers as one main family in the show, that of Maheshwaris is quite well-known.

Coming to the Rajvansh family, it is headed by Meenakshi Rajvansh (Rupal Patel) for whom responsibilities towards her family comes before anything else. She is a principled woman, who knows how to manipulate with words and situations so that she gets what she wants.

Nanu, father of Meenakshi played by Deepak Gheewala is again a very interesting character. Though he abides to whatever his daughter says, he has his own uncanny knack of moving the pawns.

We have the two sons of the house, Abir Rajvansh aka Shaheer Sheikh and Kunal Rajvansh, that is Ritvik Arora. Abir is a full-of-life guy who is the only one in the house to call a spade a spade, even if it means getting into the bad books of his mother Meenakshi. He is the only one who can see through his mother’s manipulative nature.

Kunal, more of the mumma’s boy has gone through a broken relationship which has been hurting him even today. His mother has tactfully got him involved in business matters to keep him engaged, so that he does not get lost in love.

On the other hand, Maheshwaris have Vishambarnath Maheshwari (Sanjeev Seth) and Rajshri (Lata Sabharwal) spearheading their family. While Mishti (Rhea Sharma) has been accepted by the Maheshwaris with grace post her father being locked up in jail, Kuhu (Kaveri Priyam) is the adopted daughter of Shaurya (Samir Sharma) and Varsha (Pooja Joshi).

The sisters Mishti and Kuhu are like chalk and cheese. And their smooth introduction in the show, Yeh Rishta Kya Kehlata Hai made it easier for viewers to accept and know more about them when the launch of Yeh Rishtey Hain Pyaar Ke happened.

Mishti and Kuhu have a terrible rapport and cannot stand each other eye to eye. When alone, they do not mince words when it comes to abusing and scolding the other. However, when with their family, they behave as though they are too close and inseperable.

The story started off at a very interesting pace with Ketki (Trishna Chaterjee), niece of Meenakshi running away from home on the day of her engagement, as she did not want to marry a guy who she has not met and known.

The sequences take us to the Kutch Rann Utsav wherein Mishti and Kuhu bump into Ketki. The sequence where Mishti gives Ketki a piece of advice when it comes to choosing her soul mate gets seen by Meenakshi and family on phone. And this actually takes the story forward at a great rate.

Producer Rajan Shahi has the knack of adding a lot of relatability in the characters and stories he says. And the same holds good for Yeh Rishtey Hain Pyaar Ke

Though Meenakshi cannot see the girl’s face, she gets to see the ear-ring worn by the girl who preaches Ketki. And this ear-ring becomes the centre of attraction for many episodes to follow.

Every sequence involving Abir and Mishti has been a great watch, starting from the scene over the bus, to the ones in the Rann Utsav green room. The scene where Mishti talks to God and Abir answers her, and their interaction thereon are simply fab!! Moving on, the Holi sequences, the scene where Abir catches hold of Mishti after she steals money,…. well we can go on and on and the list is endless. Exemplary picturization, we must say!!

In simple words, the two of them have mesmerized viewers every time they got together for a scene, and the pattern continues even now.

The story now is crucially placed with the Maheshwaris assuming that the alliance has come for Kuhu, but now on the other hand, it is Mishti who has been hand-picked by Meenakshi for Kunal (as per the new promo).

What we like the best about Yeh Rishtey… so far is the pace at which the story has moved on. There has not been a single scene which has been added just for the sake of having it. A lot of thought has gone into every character that has been introduced in the show.

Also, the chemistry and bonding between various relationships have been shown in the best way possible. Abir and Kunal’s brotherly bonding has been top-notch. The two of them light up every scene they are in.

Similarly, the rapport between Abir and his Nanu is brilliant. They are the scenes that never fail to bring a smile on our faces.

Not to forget, the tashan between the mother Meenakshi and Abir!! Fabulously portrayed, wherein one looks at edging past the other by way of dialogues. Kudos to the writers here….

Kunal and Meenakshi have a very cute bonding. Meenakshi is certainly not a negative character at all, and this is shown in the way she loves her son Kunal unconditionally. However, Meenakshi cannot stand rebels and it will be nice to see how rebellious her close ones get to be in future.

Coming to relationships, we have already spoken about how Mishti and Kuhu manage to keep their family unaware of the negativity they have for each other.

Amidst all this, is the interconnect that Abir and Mishti have with respect to missing their respective fathers. Abir’s father had left the family when he was a child and this continues to hurt him even today. And this is the main reason why he acts a sore thumb in front of his mother.

And for Mishti, her father left her never to return. And from then on, she has been under the loving care of the Maheshwaris who have given her everything that she needs in life.

However, Abir and Mishti have this lingering pain of losing their close ones. And this connect between them has been very beautifully shown.

Coming to the actors, there cannot be any other actor playing Abir than Shaheer Sheikh. He is so tailor-made for this role. His expressions are amazing, and he is at absolute ease in his character. His smile actually weighs a million dollars, isn’t it girls?

Ritvik Arora as Kunal Rajvansh is doing his job well. He is a charmer, a good looker and his carrying out his role really well. His scenes with Shaheer are a must-watch, and credit goes to Ritvik for performing with ease along with the much experienced actor Shaheer.

Rhea Sharma is class-personified in her looks, expressions and acting. She has a smooth flowing dialogue delivery which really impresses us. Again, she seems effortless in her acting. She can do much better in the emotional scenes though, as she is a very capable actor.

Kaveri Priyam as Kuhu seems to go over-the-top with her acting at times. However, we also need to understand that Kuhu as a character is supposed to be very bubbly, high on spirit and a non-stop talker. So guess we can say, Kaveri though a newcomer, is doing her job well. She looks really gorgeous and we look forward to seeing more of her emotions coming out as the character shapes up.

Rupal Patel is a class-act. You might see a lot of Koki (Saath Nibhana Saathiya) in her even now, but that really shows how powerful she is in her performance level. As Meenakshi, she is doing a marvellous job. We wait to see how layered her character will go on to be. As of now, she looks manipulative, but to the lines of wishing well for her family members. Let us see how it progresses.

Sangeeta Kapure, Sanjiv Jotangia, Chaitrali Gupte are performing really well, and their characters have been etched well and are doing a good job.

Jay Pathak as Naman, Mishti’s father has had a lot of screen presence in the first week and is doing a commendable job.

Samir Sharma, Pooja Joshi and others will have their tracks coming out for sure. Rajan Shahi gives equal importance to every character, and surely these actors will wait for their turn to prove their worth.

The picturization of the entire Kutch ambience was fabulous. Cinematography has been top-notch, and the story has moved on at a good pace.

Producer Rajan Shahi has the knack of adding a lot of relatability in the characters and stories he says. And the same holds good for Yeh Rishtey Hain Pyaar Ke.

The show has gotten off to a great start, and we think there is no way it will stop now…