I,Me,Myself addresses a major urban problem and is packaged beautifully… TV actor Manish Raisinghan, who has been one of the early movers in the upcoming digital space, is quite kicked about his and Sasural Simar Ka co-star (and good friend) Avika Gor’s latest coming of age short film, I, Me, Myself. It’s laudable that the film has been nominated in three categories at the upcoming Berlin Film Festival namely, Best Direction, Best Film and Best Original Screenplay.

“This six minutes film reflects lives of today’s youngsters who inspite of having everything (parents, career and friends) focus only on the negative aspects of life. They will wear dark glasses even on a sunny day. This happens for their core is shaken, they are not sure what they want from their life.  They are in constant search for the kick. No wonder some kids are falling victim to Blue Whale phenomena and even committing suicide,” says the dapper Manish in a chat with IndianWikiMedia.

“The first three minutes will establish the above insecurities building up (expecting too much from parents and not taking up responsibilities etc). The last 180 seconds of the story will then tell you how to deal with it,” he further shares.

“It is very important that the youth look inwards and find their own calling, because our film talks about this burning global issue – a very universal language.  We have got such a great feedback. We were also selected for Cannes Film Festival earlier this year.”

Indeed, at an age and hour where sound has been replaced by noise, which mostly takes a shape of a deafening monster in one’s head, initiatives like that of Manish and Avika’s become the quintessential buoy of life, which helps you maintain sanity and breathe free.

Talking more about the commendable project, Manish shares with a smile, “The above idea was first floated by Avika (she has done a film scripting course) as a monologue for she has lots of teen friends, hence gets their drift, which we later developed into a concept.  It is a very technically strong film, for we have lots of VFX. Besides co directing it, Avika has also acted in I, Me, Myself where she plays a teenager and her alter ego, showcasing her red and green sides with élan.”

Super stuff, without a doubt. We wish Manish and Avika more power and success in years to come. Keep rocking and spreading happiness. 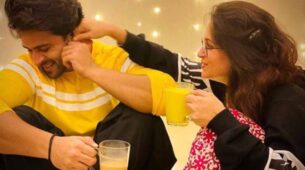 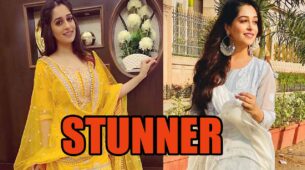