Masterminds behind the new and unique show, India's Best Judwaah, Raghu Ram and Rajiv Lakshman in conversation with IndianWikiMedia.com 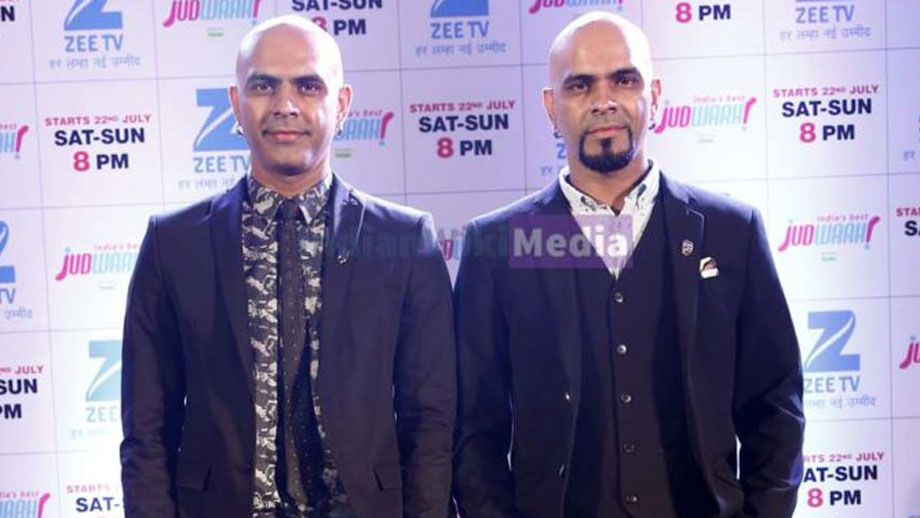 Raghu and Rajiv are coming back with a reality show called India’s Best Judwaah on Zee TV under their banner Monozygotic Solutions Pvt Ltd.

In conversation with IndianWikiMedia, Raghu and Rajiv spoke about their new show…

Can you tell us more about the concept of the show…

Rajiv: We can’t reveal much as we want audience to watch it. It is a risk that not many would have taken but this is not risk for us, it comes naturally and organically to us and to Zee TV. We have not taken this concept from anyone else. I feel it is useless to take a concept from out of India and involve your celebrities and make a show. This is an original format by Indians and for Indians.

Ram: We will not be part of the show. We will only be in the initial episodes on camera. We are creators and the mastermind of the show. The show will go on for 10 week which will be for 20 episodes.

Was Zee TV always the first option for the show to launch?

Ram: We were looking at many channels but Zee was the only contender. It required faith that an Indian format can work without celebrities. Zee TV is part of that very small club who believes in that and gives chances.

The time slot of the show is 8pm and there is a popular show Dance +3 at the same timeslot. So are you not worried about the competition?

Rajiv: Competition is something that you cannot avoid; kamzor se ladke kya fayda (What is the use competing with a weakling). We are very confident about our product.

How did Karanvir Bohra come on-board as host?

Ram:  Karanvir Bohra will revolutionize and make his own space as host on Indian television. He is also a bad boy on Indian TV, but you will see his real side here. If we take the same hosts, it will be the usual thing. If we are different, we should celebrate being different.

Rajiv: We are together because I really like his work. He was heading Colosseum Media and post that, we did Roadies together.

Ram: We have a lot of respect for each other and we also think alike. We would still be working together if we were not twins.

Raghu and Rajiv: We are India’s worst judwaahs. We are known for our twists and unpredictable nature.

Do you feel Digital is an unsure medium?

Rajiv: No, so is TV and movie. It is not that a platform works or genre works, it is the idea that works. It is the content and if you are able to reach out to the person it is meant to be applied to, then that is it.

Tell us about your future projects?

Rajiv: We have a show on MTV named Drop Out and on the digital front we are developing something for Amazon Prime. It is in the pipeline.

Good luck for your show!!