Nitin Dhall, the Creative Director talks about how social media has been a bad experience for him. Nitin Dhall, the acclaimed Creative Director is of the opinion that the social media is a platform that can be used for all kinds of negativity!!

Though he’s a well-known name in the industry, Nitin does not believe in sharing information and being active on social media. And this aversion has come owing to a rather distasteful experience for the man!!

Says Nitin, “I have read in books when I was in school that ‘Social media are computer-mediated technologies that facilitate the creation and sharing of information, ideas, career interests and other forms of expression via virtual communities and networks’, but now the meaning of this social media has changed, as people have started misusing the social media.”

Well, his story dates back to the year 2013, when he had an account on Facebook. However, his account got hacked. Recollecting the weird memory, Nitin states, “After trying to connect for lot many times, I went to the police station and narrated everything; they asked me to visit cyber crime. After all the processes, I got back my account but I deactivated it till the year 2018.”

He also says, “In between all this, in 2016, some one created my fake account on Facebook and started misusing it. I was not aware about it that there’s some fake account on Facebook. The person who created that account added everyone, like my family and my friends. And everyone assumed that it’s my new account on Facebook and that person took my family member’s number and my addresses and started harassing me. After going through a lot of mental harassment, the case got over. I decided never to join Facebook again, because for me it was a stress and I wanted to concentrate on work and Facebook became my phobia.”

Well, after all this, the same phenomenon has started again for Nitin. “There’s some psychopath, who’s trying to play all this again. I again joined Facebook for some verification purpose, and I am on Instagram since years. From the last 8-9 months there’s one particular person who creates fake accounts on Instagram and tries to harass people who are following me on Insta, and all this is being done to tarnish my image.”

“Though I have filed the complaint against it, Facebook is personally helping me out in this issue as Instagram is operated by Facebook only. And as soon as the name of the person will be with me, I will take strict legal action against it. I still ignore this so that it should not affect me as I have 1000 other things to do in my life. But I decided to talk about this as awareness is important. I want to tell all my industry mates to avoid such texts if they get one.” Hooray!!! Your Food Lab is getting hitched 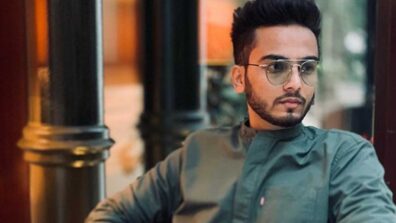 Elvish Yadav is the only guy we are crushing on... Here's why 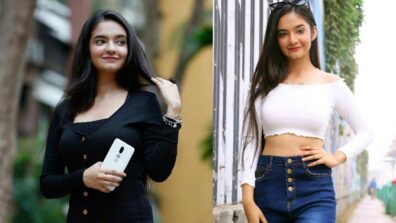 Everyone is following the trend and I am trying to change the trend: TikTok star Aashiv Midha