If being sexy is a thing then the TV hunks are the Picasso of it, right? Right from the debut to the eldest actor, nowadays we see every one of them fit and in shape. The key to staying in the industry is not only your acting but your looks and personality. This thing got Vin Rana so inspired that he made himself different from others.

When we talk of the handsome hunks in the telly town, Vin Rana has to be among them. The hot and talented actor has already made a great impact on his acting, but when it comes to the hot model and actor, he makes some strong statements! His hot and six-pack abs body is insanely attractive.

On the work front, do you remember Nakul from Mahabharat? Yes, he was one such character. With long hair and a bulky body, his looks were amazing! Also, seen as Purab in Zee Tv’s longest-running show, Kumkum Bhagya. Later, he also appeared in its spin-off show, Kundali Bhagya.

The hot and happening Vin Rana’s personality is making many girls swoon over him. His chocolate boy looks are worth staring and with that extra fantastic bold pictures, why not? Coming to his Instagram, he has whopping 1.3 million followers on Instagram and he keeps sharing his whereabout there to update his fans. Also, he shared many shirtless pictures of him, take a look:

in between the shoot at home… Shot and edited by @jakesitlani

Are you lost Baby girl?

I have challenged myself to get those muscles back in 30 days and that too by doing home workout,have you challenged yourself yet??? #30dayschallenge

That’s exactly what a strict diet of 7 days does to your body… . . . . It’s important to remember that your fitness journey isn’t a race & you won’t always be going in a straight line….. . . There will be times when you fall off for a month or all of the gyms close & you lose muscle (like me & so many others), when you feel like you aren’t making progress & when you want to say f**k it. . . Falling off for a week or even for months won’t determine if you reach your goals or not as long as you pick up where you left off and keep working. When you don’t think you’re making progress remember you are, you might not be able to see it yet but it takes time. I’ve been doing this for years & sometimes I lose muscle & go backwards but it happens to everyone, don’t be discouraged🤍 . . Just remember to: Be consistent Go in with a plan Mind to Muscle connection & really feeling the exercises you are doing Patience..because a month of working out is not long enough…keep going✨ . . . . . #workoutmotivations #homeworkout #keepgoing #sharingmyprogress

Clothes on or clothes off? What looks better?

Wishing this was me right now! 🙄 . . PS can you guess the photobomber? 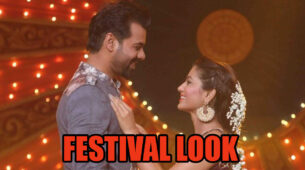 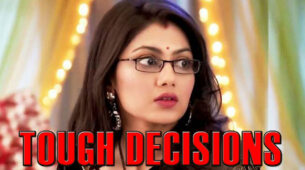