Starting with the handsome and talented actor, Shabbir Ahluwalia. Since all know him, then too for your information, he is the old and the new face of Kumkum Bhagya and has been doing it for the past 6 years. He is hot, charming, handsome, stylish, and especially fashionable. His trimmed beard and smile is what makes him the catch of the show and brings him to the notice of single ladies. He plays the role of Abhishek Mehra in Kumkum Bhagya and romances the beauty, Sriti Jha.

On the other hand, we have the quirky and fashionista Dheeraj Dhoopar. The man is known for his acting stints in the spin-off show of Kumkum Bhagya, Kundali Bhagya. He keeps surprising us with his different looks in reel or real life. The handsome man is an actor but also a fashion designer and loves to design what makes him look sexy, especially his love for jackets. He plays the role of Karan Luthra, a cricketer in Kundali Bhagya and romances Shraddha Arya on-screen.

So, it has become complicated to choose the sexy face of telly so we leave it up to you!

Who according to you is the sexy face of telly…Shabbir Ahluwalia or Dheeraj Dhoopar?

Vote here for the best

Also, read  Kumkum Bhagya Vs Kundali Bhagya: Which TV Show Should Be Stopped?

For more updates of Kundali Bhagya and Kumkum Bhagya, stay tuned with IWMBuzz.com. In Pics: HOT And SEXY Looks Of Nikhila Vimal 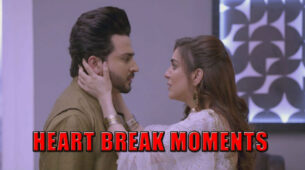 3 Kundali Bhagya's Scenes That Are Guaranteed To Break Your Heart