Pankti will be injured in Zee TV's Aap Ke Aa Jane Se which will bring in drama. As we know with the entry of Pankti (Jannat Zubair Rahmani) in the life of Sahil (Karan Jotwani) things have changed for Vedika (Suhasi Dhami).

The Sankranti celebration will be halted with Tejpal sending his henchmen to kill Vedika. However there will be a twist.

As per sources, “The henchmen will try to push Vedika from top but will end up pushing Pankti instead.”

With Pankti getting injured there will b chaos. And Sahil will be with Pankti, taking care of her. Anushka Sen reveals about her love for impromptu lunch outings, Jannat Zubair Rahmani's brother Ayaan Zubair has something to say 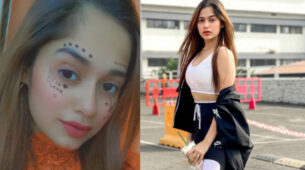