The makers (The House of Originals) of &TV’s Ek Vivah Aisa Bhi are gearing up for the perfect wedding of Ranveer (Abhishek Malik) and Suman (Sonali Nikam).

As per the plot, wedding ceremonies are in full swing. However, Suman announced that she will not marry Ranveer.

Must Read: YouTube was the one thing I was meant for: BeerBiceps, aka Ranveer Allahbadia

So will the marriage go kaput?

We give you more details on the upcoming drama.

As per a source, “Ranveer will decide to find out the reason behind Suman’s decision. On the other hand, Suman and Kalavati (Himani Shivpuri) will get to know that Sindoora (Tasneem Sheikh) was involved in a plan that had put Veer’s life in jeopardy. Hence, they will decide to confront her together.”

Later, Suman will promise Sindoora that she will not marry Ranveer against her son Veer’s (Pallas Prajapati) wish. On hearing this, Ranveer will praise Suman and will decide to persuade Veer.

Must Read: On the first day itself, I shot the terrace scene with Ranveer - Siddhant Chaturvedi

Will Ranveer succeed in his plan?

Abhishek Malik has a SECRET to confide on his TATTOOS

When Ranveer Singh Made Our Breaths Hitch Deepika Padukone And Ranveer Singh Are The Perfect Bollywood Jodi 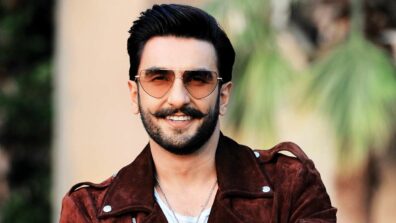 We Think Ranveer Singh Is Bollywood’s Style King and Here’s Why….