In Ishq Mein Marjawan 2 Written Update Season02 Episode 121 23rd November 2020, we see that Kabir warns Ridhima if she doesn't do as Kabir says then he will harm Ishani The episode of Ishq Mein Marjawan 2 starts with Kabir warning Ridhima that she has only 6 hours. Kabir leaves. Ridhima is worried that what Kabir will be doing in 6hours. He can do anything in his greed and can harm Ishani and the baby.

Vihaan thinks he has already played his move, now he has to see if pretty Rai Singhania comes back to meet him or not.

Later, Ridhima goes to Kabir and says that she slapped him so he should punish Ridhima and not her family. Kabir says that is she is trying to apologise then she should apologise from her heart so that the pain of her slap will fade away.

Ridhima apologises to Kabir. Kabir says that she did a mistake and he will punish her family. Kabir says that his mother made mithibhath and she mixed poison in it. Ridhima rushes to the dining table and throws the plates down.

Kabir says that he wants the property, which is only possible when he gets married to Ridhima.

Siya is back in VR mansion. Anupriya goes to Siya and says that she won’t kill Siya easily. Siya will cry for death but will not die so early.

Anupriya comes to Dadi and talks about Kabir’s and Ridhima’s marriage. Dadi says that Ridhima has married Vansh and now she can’t marry anyone. Anupriya and Chanchal try to convince Dadi.

Kabir points a knife towards Ishani. Ridhima thinks that she will not allow anything to happen to Ishani or her child. 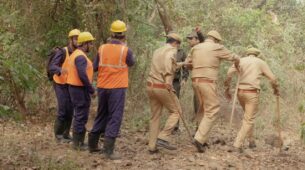 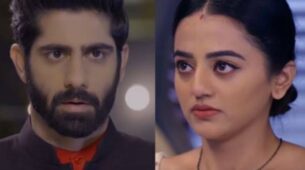