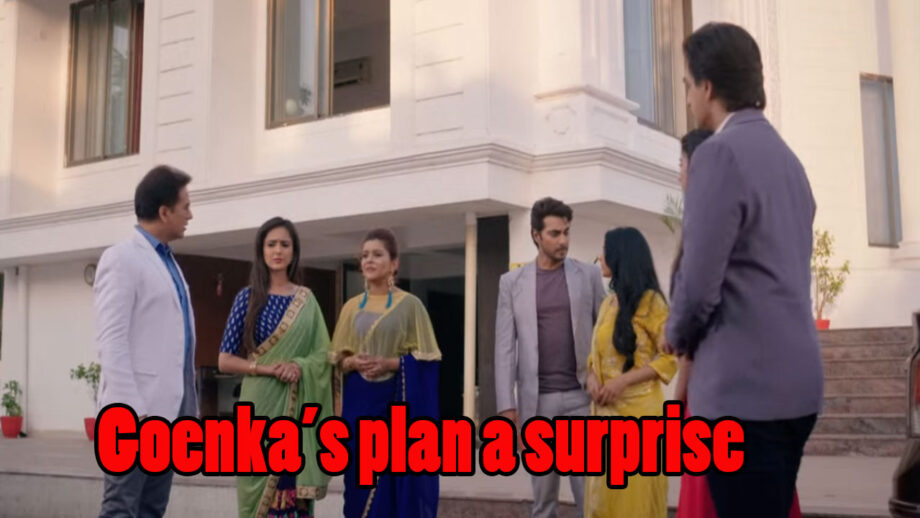 The episode begins with Bhabhimaa getting worried thinking about the epidemic. She cries and Devyani asks her the reason. She says what if she gets affected with the virus and won’t be able to see her grandkids. Devyani consoles her. She thinks of calling Naira to calm Bhabhimaa but stops herself as Naira might be busy in preparing for Dadi’s birthday party. Kartik asks the detective to investigate as quickly as possible. Naira asks him about what investigation and he lies saying its investigation about a client and his dad used to work in the same manner. Naira says it’s good and tells him they have to begin the party preparations.

Later, Vansh and Kairav say they don’t want to go to school but Naira refuses. Kartik asks Manish to drop the kids to school. Manish tells kids to maintain cleanliness and wear masks while going out. Naira tells them to not touch anything, wash hands and not touch their faces. Later they ask Samarth about talking to Gayu as Rama can call or visit anytime and Samarth says he will take care of it. Suwarna and Surekha take Dadi to the farmhouse. They tell her everybody will be there and don’t let her know about her birthday party and Dadi thinks nobody thought of celebrating her birthday.

Kartik, Naira, Samarth and Gayu reach the farmhouse and Manish returns with kids. Manish says shools are shut and everything else is shut. They discuss measures against CoronaVirus. They decide to shut their factories as well. They decide to cancel the party. Later Manish gets thinking about how to arrange a cake. Naira says they can make a cake from things they have at hand. He agrees to it and Naira reminds him about the precautions against Coronavirus.