Jim Sarbh is a theatre and film actor based in Mumbai. He first acted professionally in Atlanta, interning at the Alliance Theater, and performing in multiple plays, including Tennis in Nablus, The Breakup and Ice Glen. In Mumbai, he’s been a part of numerous plays including Vikram Kapadia’s Merchant of Venice, Kalki Koechlin’s The Living Room, Rajit Kapur’s The Glass Menagerie, Mike Bartlett’s Cock, Atul Kumar’s Noises Off, and Rajat Kapoor’s What’s Done is Done. He was last seen on stage in Rehaan Engineer’s One Flea Spare. He made his Bollywood debut in the critically and commercially successful biographical thriller Neerja (2016), which garnered him an IIFA Award, Star Screen Award, Stardust Award, 2 Zee Cine Awards, and a Best Supporting Actor nomination at Filmfare. Other recent film and web series credits include Konkana Sensharma’s ‘Death in the Ganj’, Sanjay Leela Bhansali’s Padmaavat, Rajkumar Hirani’s Sanju, Michael Winterbottom’s The Wedding Guest, Aditya Vikram Sengupta’s Jonaki, Daria Gai’s Teen Aur Aadha, Smoke, Made in Heaven, Flip, Samit Basu and Shashanka Ghosh’s House Arrest, and Bejoy Nambiar’s upcoming Taish.

In an exclusive chit-chat with IWMBuzz, Jim Sarbh gets candid about his career, his play ‘Constellations’ which is an NCPA Production, his journey and much more. Read to find out –

How do you think that the discipline attached to acting in theatre is different from acting in web series or films? Is it all different according to you?

It totally depends on you. It depends on how much work you do outside the film. There are some actors who just like to show up and then follow the direction and then go forward accordingly. There are some actors who like to have a definite plan and with clear moments marked out which they try to achieve on set. It depends on the team and whether they want to take it forward that way because otherwise, it can be very confusing as to where you go to the sets with predefined moments and then you realize things are totally different there. I belong to the latter category who likes to come after being very well-rehearsed. So, the discipline varies from actor to actor. You have worked with various directors already and naturally, you must have had the experience of dealing with all types. Tell us a bit about the variety.

Well, it depends on the mutual understanding and comfort zone. There are directors who are extremely demanding and you have to go with it. There are some directors who are visual storytellers and are more worried about the visual story-telling and the overall thing instead of moment-moment. I am personally obsessed with moment-moment. But then in films, you are at the mercy of them anyway as they have final control of the edit and which shot goes and which shot doesn’t. At the end, it’s all about mutual understanding.

You have started by doing theatre in the west. Tell us a bit about your foreign plays and theatre shows?

I started my theatre and play life in the United States. I did some in Atlanta. I have done 5 shows in Atlanta and 2 in New York. One wasn’t really a show but an opening act of a theatre but things started getting into that direction since college. I was studying psychology in college but I was actively into theatre in college. We had a professional theatre setup over there. For me, it was the only thing always. There was nothing else to do.

Does your selection criteria for a project vary according to what the nature of the project is, be it web, theatre or film?

Lastly, despite having made name in films and also in the digital segment, what still makes you be glued to theatre? How do you define the passion?

As I said earlier, I have been doing this since my college and there’s nothing else I wanted to do. For me, this was the only thing and that is what keeps me going. I am just hungry for good work – Mansi Multani 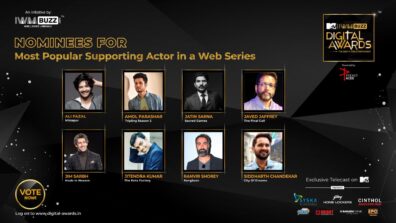