Vijay Tendulkar – One of the most acclaimed dramatist and theatre personality. Regarded as one of the best in world contemprory theatre, Vijay Tendulkar was India’s prominent playwright. For over five decades, he was one of the most influential and highly regarded theatre personality in Maharashtra.

Born and bought up in Mumbai, Vijay Tendulkar grew up in a literary environment as his father ran a small publishing business. He immediately took a liking to writing at a very young age and in fact published his first story at the age of only 6. Growing up he was inspired by Western plays enough to take up writing plays himself. And he actually ended up writing his own play at the age of 11. He did not just write it though, Tendulkar even directed and acted in it himself.

At 14, he went on to join the 1942 Indian Freedom movement. During that time, he found solace in writing, though they were all of personal nature.

Tendulkar began his career writing for newspapers. He wrote plays during that time too. When he wrote Gṛhastha in his early 20s, it did not receive much attention from the public and Tendulkar vowed to never write again. Although he broke that vow when he wrote Śrīmant which cemented his spot as a credible writer.

Some of Tendulkar’s best plays include Shantata! Court Chalu Aahe (1967), Ghāshirām Kotwāl (1972), and Sakhārām Binder (1972). Most of his plays which are primarily in Marathi draw inspiration from the harsh realities of society.

One of the most popular playwrights in India, Tendulkar passed away in 2008 in Pune from a rare disease. Although he is no longer among us, his legacy lives on in his masterpieces. 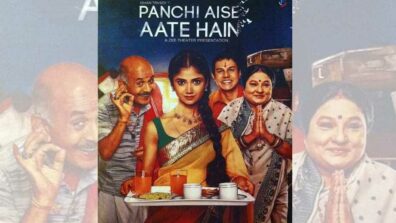