The tradition of full-length poetic plays which is quite old in Indian history is called Sanskrit Dramas which were written mainly in the Sanskrit language. 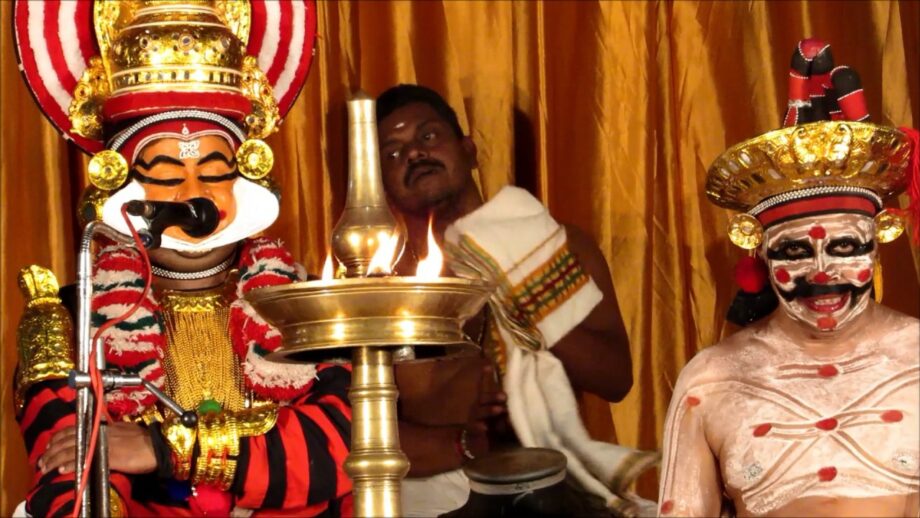 The place used to be the combination of both classical Sanskrit with Prakrit and other different regional languages.

This form of play has been maintained for nearly 1200 years which is the longest continuously performing tradition in the drama texts prevailing in the world. The earliest Sanskrit plays were written at the beginning of 15th century A.D. but gradually it ceased during 15 century as Sanskrit was no longer a spoken language.

The earliest Sanskrit drama those were scripted around early 15 century A.D and were the representation of the court theatre probably created and performed for Royal patronage.
Variety of subjects and types of plays were included in Sanskrit drama which was amalgamation poetic love stories, political plays, short stories, and one-act love monologues.

This kind of plays whose plot was derived from the tradition called as matter Natakas. The other kind of play which used to portray the social angle of Human Relationship was called as Prakranas. Mostly this was invented by their authors.

Kalidasa was one of the most famous Sanskrit playwrights famous in India as well as abroad. He is believed to be from priestly Brahmin caste and live in North India during the late 4th to 5th-century A.D, called a Gupta period.

History places his work as a most renowned piece of Sanskrit dramas as his poetry is praised for beauty and transparency along with the enlarged vision.

One of his most famous works is Shakuntalam which is the love story of the king Dushyant and the beautiful girl Shakuntala.

It is a very well scripted play that moves from various locations like a forest to urban palaces and from Earth to different levels of heaven.

The leading character or the hero of the Sanskrit drama was usually types rather than an individual which includes Noble Hero, Nayaka. He used to be the prince of the king and the heroine, Nayika.The villain of the play was called as Pratinayaka.

The Clown or the jester character in the play was called as Vidushaka. This character was specially incorporated in the play and owing to his social background, which was usually highborn Brahmin; he was able to move freely in the social hierarchy. He used to be generally a close friend or the personal servant of the hero. His main task was to translates the hero’s Sanskrit line into vernacular language. Alone, he was allowed to add social and political criticism to the play with his humour and erotism.

Sutradhara or the director of the theatre was supposed to be an expert in all the aspect of Sanskrit drama theatre. He used to take an active role in actual performance by introducing the actors, play, guiding the audiences, and comment in between the story to maintain its flow and use to deliver prologue too.

In the Sanskrit Dramas, the delivery of the sentiments was not conveyed merely by the words but also through the facial expressions, gestures and body language of the artists.

It is believed that theatre houses in which Sanskrit Dramas were performed used to be small due to the requirement of close-up needed in-between the artist and the audiences. This made the visibility of facial expressions and the eye movements accompanying the play, visible to the spectsignalling.

Also, the stage used to be bare and the movement, gestures and the dialogue used to be signalling the locations of the actions. Sometimes certain pros were also used such as weapons, chariots, etc.

Of all Sanskrit dramas, it is Kalidasa’s Shakuntala that is best known outside India too, to date.