The Indian theatre world has come a long way from its starting years. It is an art form that many have put effort into town keep alive in today’s day and time. One such star who played man important role in this is Raell Padamsee. The star was born into a family who was also into the theatre world. She is the daughter of Alyque Padamsee and Pearl Padamsee who are very prominent names in the theatre scene. So it’s seems fair to say that performing on stage is a family thing.

Raell was inspired by her parents at a young age. She graduated from the H.R. college of commerce and economics and grew up in in Bombay. Raell had her stage debut a young age of only 15 years old she also directed her first play at the age of 16 called Duet For One. The star age of 19 started her own productions company called Magnum productions which was then named ACE productions.Today she is the CEO and managing director of Ace productions and also another production called Numero Uno productions. She also provide a platform for young kids to nourish the passion for acting through a Foundation called Create.

We hope to see more such famous personalities emerging from the theatre world in the future too. Stay tuned with us for more updates on your favourite celebs.

Also Read:Raell Padamsee and her gift to the theatre world 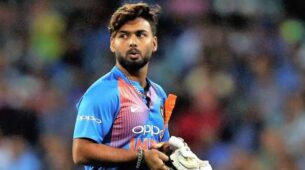