Motley theatre was founded by Naseeruddin Shah and Benjamin Gilani. Motley, has now turned into a colossus in the theatre landscape. It had celebrated its 40th anniversary in July with Motleyana, a festival from July 16, which features one revival and four running plays of their 42 productions. In July 1979, the two, along with the late actor Tom Alter and Roshan Taneja, their professor from the Film and Television Institute of India in Pune and they held their opening show at Prithvi.

Gilani had coined the name Motley but it still wasn’t registered, so the first outing took place under Majma, a banner led by the late actor Om Puri. Prithvi was packed to the brim by Taneja’s students, who applauded lustily every time he took to the stage.

After the reassuring response of their maiden venture, ‘Motley’ took up such works like Ionesco’s, ‘The Lesson’, Albee’s, ‘Zoo Story’, Pinter’s, and ‘The Dumbwaiter’. One of the greatest efforts that the group undertook was the staging of Herman Wouk’s, ‘The Caine Mutiny Court-Martial’.

The group then went on to produce several of Shaw’s plays and also regularly toured the country as well as foreign shores to take their work to variegated audiences. The most daunting task that the group ever faced was the staging of a Shakespearean classic. 1992 saw the production of ‘Julius Caesar’ and the play proved to be a path-breaking event in the history of ‘Motley’ in that it combined the helmsman ship of two directors for the first time, Naseer and Vikram Kapadia, It had an unprecedented cast of 50 players and was launched on a massive scale.

With Shah’s children continuing with the theatre, Motley for sure is going to continue for a while and that’s pretty much an amazing thing for all theatre lovers as Motley is one of the best that we have. 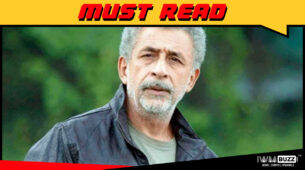