As an actor, I always look at portraying roles that have a whole life to it: Saurabh Saraswat of Mafia fame | IWMBuzz
Subscribe Now
Digital | Celebrities

Saurabh Saraswat who was recently seen in the ZEE5 series Mafia gets into an exclusive conversation. 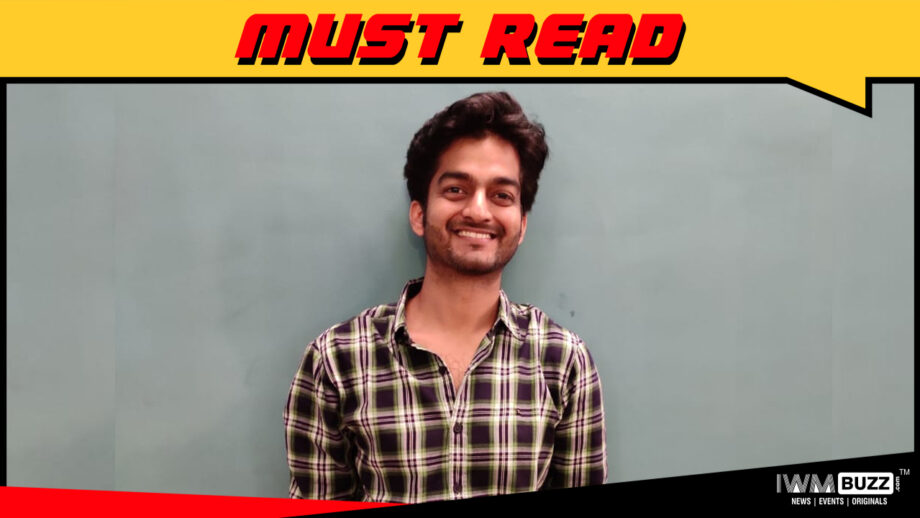 Saurabh Saraswat who is known for his performance in Cat Sticks has given a wonderful display of emotions in his recent web-series on ZEE5, Mafia.

Mafia the series directed by Birsa Dasgupta has been an intriguing thriller with a who-did-it mystery. The series which has Namit Das, Tanmay Dhanania, Saurabh Saraswat, Aditya Bakshi, Anindita Bose, Ishaa M Saha, Madhurima Roy has been received really well.

Saurabh who plays the role of Ritwik in the series says, “It was a joyful journey for me with Mafia. We had many amazing scenes and as actors, all of us were very satisfied. An actor always thrives amid the element of drama and there was a lot of drama element in the series. As Ritwik, I had very interesting elements and graph in the character. When the friends meet up after 6 years, Ritwik is cornered in a situation where he has Tanya (his past lover) and wife Priyanka coming face to face. Getting the language right was a big challenge for me. But the makers asked me to focus more on the performance.”

Saurabh who is an actor from the IFTI says, “Since I am a trained actor, I got a platform to exercise what I wanted to. When an actor is accustomed to acting before the camera, he gets a free feeling to perform. In that way, my IFTI background really helped me to enjoy this whole journey. The makers were very supportive and gave us the leeway to perform. I should also say that every actor who was cast for Mafia was very sincere towards his/ her role.”

Talking about his role in Mafia, Saurabh quips, “I had to play the earlier playboy role and the more mature guy years after. The makers were very focused in the way of shooting. They did not shoot chronologically and did not mix the past with the present. This helped me to prepare with my state of mind. So the time gap I got to play the present Ritwik helped me work a lot on the inner life of the character, and how Ritwik might have changed in the last six years. I was the only one with a grey hair, with my character being calm and composed. I wanted to play the second part of my character in a more mature way. Since I have passed the age I played in the initial part, it was easier for me to portray both the parts.”

On the cast, he states, “It was actually very much fun. Tanmay has been a very god friend of mine. We have earlier worked together in Cat Sticks. Other than that, every cast was supportive. Anandita was the senior most amongst us was really a good mentor. I learnt a lot from her. Namit Das was brilliant. I find his work pattern really amazing. He works towards perfection and improvises on his scenes too.”

Ask him about his memorable shoot moments and he says with a smile, “Yes, there was one memory where we were shooting the college scene. We were supposed to drink beer. They gave us the actual beer to drink as it was light. However, I really enjoyed drinking and started to be loud in my scenes. I did not realize it but they took notice of it and stopped giving us alcohol for shoot (laughs). After that, they gave us Appy Fizz, which was so annoying to have. It actually creates acidity too. My co-actors were blaming me for this spoiler (smiles).”

“The second memory was a beautiful one where we were shooting in the jungle. We used to travel for one hour from the place of stay to reach the shoot spot. When we were going through the jungle once, there were two elephants that crossed the road. I saw this glimpse for the first time when civilization mixed with wildlife. A kilometre ahead, we watched an elephant enjoying amid the rains. It was such a beautiful sight.”

Ask him about the way in which he chooses his roles and he states, “Honestly, I prefer to read the script and look at whether it is really good. Also, the character should have some life. I prefer if the character has a whole life to portray; in this case the length of the character does not matter. You are convinced that the character will go through a good journey. I also believe that only a good script can make a good actor. That’s what I have been taught in IFTI. Also the relationship with the director also matters. It is very important to have an understanding director. An actor is a complete creative being and it is the director who moulds the actor into the role. So the three things for me are the script, role and director.”

Is there a Season 2 for Mafia being planned? “I really do not know about it. I wish this happens, but I am not aware as of now.”

On future projects, he says, “Right now, the situation is very bad with the Covid. I got a film offer for which I had to immediately go to Kolkata. It was a nice role and they wanted me. But I had to say no to it. There is another film that is planned. I am excited for that. I will be playing a Goan chef. It is a story on cancer. I am looking forward to this shoot.”

Also read, Review of ZEE5 series Mafia: The perfect setup for a thrilling and gripping plot