Ritvik Sahore who is presently seen in Flames 2, gets into an exclusive chat with IWMBuzz.com. 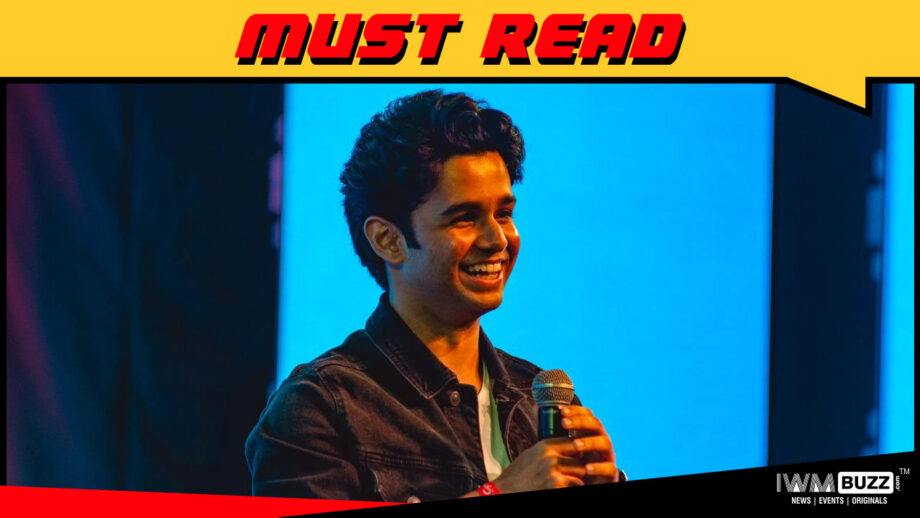 Ritvik Sahore, fondly called Omkar of Dangal is a talented youngster who has tried his emphatically succeeded in playing the challenging characters that have come to him.

After being part of the dark and intense series Laakhon Mein Ek Ritvik has tried his hand at the light-hearted genre and has been winning accolades.

He has been part of the TVF group, Timeliners’ Flames and Awkward Conversations with Parents. Now with Flames 2 streaming on MX Player, he is back to entertain his fan base with his pleasing smile, good looks and acting prowess.

In an exclusive conversation with IWMBuzz,com Ritvik talks about the new season of Flames, his studies and on his ultimate goals.

Flames 2… how has this project treated you?

It has been amazing. I was bit nervous as Season 2 is supposed to be different from Season 1 in terms of drama quotient. It is not all hunky-dory in Season 2. The fact that there was this difference in Season 1 was a bit nerve-wracking for me. But I am relieved after the first day of streaming, as people have been showering so much love. We are all overwhelmed with the positive response got.

What can viewers who have not seen Flames 2 till now, expect to see?

Well, Flames in its first season had the love story in progress. The nostalgic vibe and feel-good-factor of the series will certainly be visible in Season 2. However, we have taken the story beyond a particular phase here. We have got into the situations that two people get into after being in a relationship. We have the parents coming in and we have also dealt with depression. The love story has matured with time and viewers will see this change too.

How was it to get back with the cast and crew of Flames?

I always have a great time with the Flames team. I had a blast. Shivam Kakar who plays Gaurav in the series is my best friend from the team. We have gotten so very close that whenever I go to Delhi, I stay at his place. And when he is in Mumbai, he is with me. There was no pressure on the set, and we used to shoot with utmost ease. It was like a paid vacation for me.

After Dangal on the big screen, you have had a good run on the digital platform. Tell us about it?

Yes, all started with Laakhon Mein Ek. It was an amazing series and I loved being part of it. I learnt a lot as an actor with this engrossing and emotional series.

I have done few series for The Viral Fever after that, with Flames and Awkward Conversations with Parents. Now we are into the second season of both the series. We wrapped up recently with the shoot of Awkward Conversation Season 2. TVF is an amazing team to work with. All are young and we tend to connect very easily.

How do you juggle between your career and education?

I am doing my Bachelors in Mass Media. My college is five minutes away from my place of stay. So I do not lose time for commute, atleast when it comes to my college going. I manage my work and studies in the best possible way. I am glad that I do not end up neglecting any of the fields.

I have been getting offers. But honestly speaking, there is nothing interesting as of now. Having said that, I have wanted to concentrate on my college this year as it is my last year at BMM. I am taking it easy as of now with my focus on education. I might plan to do my Masters later, but all that depends on the kind of work I get as an actor.

So what is your ultimate goal?

Well, studies needs to be there and it is important to be educated and hold a degree. However, my main aim and ambition is to do well as an actor. So the pursuit for good roles will continue. As of now, I am going with the flow.

How do you look at the future?

I do not have an approach wherein I want to do only certain kind of roles. I take on scripts that interest me and character that look challenging to me. After Laakhon Mein Ek, I wanted to do something light-hearted and that was when Flames happened. Now I want to explore many other genres.

What about being part of a bold concept?

At this point of time, I will not want to take up any bold content. For me, content is what I really rely on. Good scripts and good stories are what I am looking for. In simple words, good content is the driving force and I will stay away from the bold stuff. 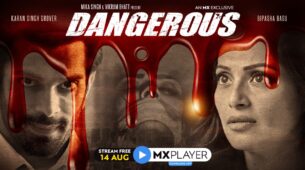