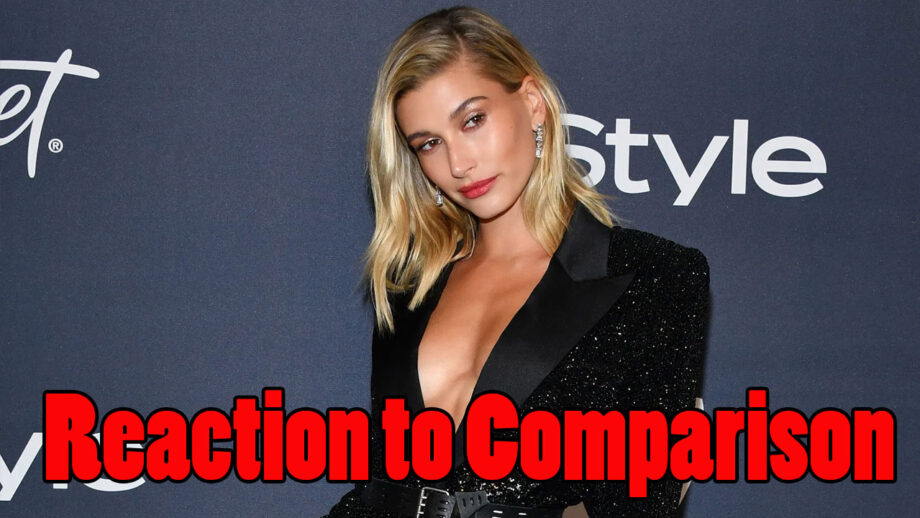 Formerly known as Hailey Baldwin, is a successful model, actor and award show host. She is the daughter of actor Stephen Baldwin and belongs to the Baldwin family which has a majority of them associated with acting. She was trained as a classic ballet dancer but ended that career due to an injury. This woman married international pop sensation Justin Bieber in 2018 and her fan following rose. Hailey Baldwin has always been a confident girl right from childhood. However, being a celebrity and marrying one isn’t all that easy. She was often compared to Selena Gomez and some fans went to make some derogatory statements about her.

Well, when Hailey was asked a couple of questions on their Facebook Watch show, “The Biebers on Watch,” Baldwin shared some of her personal feelings about being compared to her husband’s ex-girlfriends, who are also public figures. The question was how the Biebers manage to be a couple when everyone feels like they have a say in their relationship.” Hailey Baldwin went on to say, that she has a really hard time with a lot of things people said and the comparisons they made, certainly made her feel less of a woman. She also added, “It’s not easy when people have fans that are really passionate and want to express their opinion, and a lot of the time, it’s a lot of children and just young people who would never understand the reality of a relationship yet ’cause they’re so young, they haven’t experienced it yet.” The model also said that she reminds herself that others don’t know the truth about her relationship with her husband.