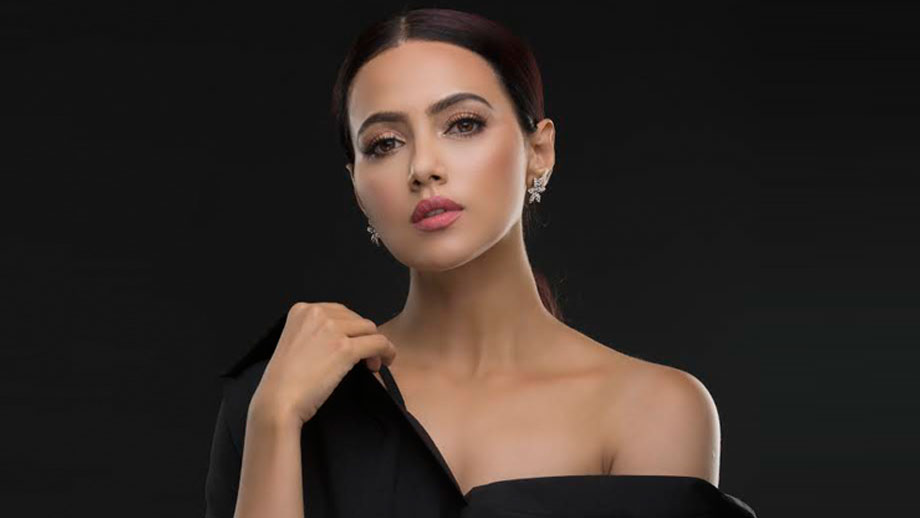 Bollywood actress Sana Khan, who made her big screen Debut with Wajah Tum Ho, recently, entertained audience playing a valiant character of Benazir Khan in Vikram Bhatt’s web-series Zindabaad. Along with Vikram, the show has Sanaya Irani and Anirudh Dave in lead roles.

The Bigg Boss 6 fame diva, spoke on length to IWMBuzz.com, about her web experience and more. Excerpts:

Why did you say yes to Zindabaad?

I have always been attracted to anything that is patriotic. I want to be a part of such subjects. In this series, the patriotism is towards another country. Playing an ISI Agent was a challenging task. When I heard the script and learn about the thought procees of my character Benazir, I could relate to it. Apart from that, I feel idiots are idiots and they are found in every country. Everywhere we have a group of people, who make riots and create differences but that group of people should not affect the reputation of a country and religion. I feel when you travel you see the real world. I travel to a lot of Middle East countries wherein I meet many Pakistanis and they treat us like we have done something great for them. They welcome us with love. They also tell that they would love to visit India but because of some reason can’t enter the country. Travelling has changed my perception and thinking too. So, I feel, one must not judge anyone by just watching TV or listening to others. Zindabaad will also try to change certain perceptions.

Tell us about the action sequence in the series…

I tried action sequences in Wajah Tum Ho. I have learnt a lot of action technique in the movie. How to lend that swag, how to hold a gun, were learnt during the process of the film. Wajah excited me to do action genre. I had action scenes in this series also. It was fun but tiring too.

How was it working with Vikram Bhatt and team?

It is good to work with people who are there in the industry for a long time. However, there are budget restrictions between movie and web as both are different platforms. Web budget is not as good as compared to movies but the subject was intriguing. Production people used to get me an attendance book to sign. I used to laugh at it. This would be my last web, until and unless, Netflix doesn’t approach me, so I don’t think I am keen on doing web. The budget is an issue in web but I feel sometimes you have to let go certain things for creative satisfaction. I would do another web show only if it is out of the box.

How was the experience working with Sanaya Irani?

Apparently, we just had a passing by scene. We met on-set and had a chat for a while. Sanaya is a nice girl. It is nice to work with like-minded people. I don’t like to work with fussy and sad people. However, she was fun to work with.

What is the best part of web?

Web is the new thing, hence, I thought of giving it a try. I have been getting a lot of calls for it. However, I wanted to do something productive. I had got a call for Vikram sir for Zindabaad and he said this would interest me. Honestly, it did as being a Muslim I understand certain things. I had that emotion which Benazir was going through in the series.

Do you feel web will take over TV?

I think nothing can take over anything. Every medium has its own audience. My mom is happy with her saas-bahu sagas. She won’t download any app to watch anything. Similarly, youth is attracted to the digital world and movie buffs will watch movies. So, eventually, everything will stay and audience will be entertained with all the three mediums.

Did you fear getting hate mails from your fans after playing a Pakistani character?

I will have a divided audience. She gets along with a raw agent and solves the issue of Pakistan. Eventually, when audience will see the climax they will learn that whatever step Benazir took is to bring peace to Pakistan. Benazir is not a culprit. I don’t believe in violence and I promote peace between the two countries.

Any message for fans…

I am an Indian but I have a lot of Pakistani fans as well. India will be my priority. My love is for everyone who loves and supports me in my career.