Let’s find out which of Pankaj Tripathi’s character is your favourite! Kaleen Bhaiya or Madhav Mishra Pankaj Tripathi, the muse, the inspirational actor who has wowed us with his impactful acting abilities. What we love of him is how he delivers his lines in between the scenes, and today we are here to discuss of his two, great characterisation, Kaleen Bhaiya and Madhav Mishra.

Kaleen Bhaiya, the infamous don from Mirzapur, and the main lead too. His strong and bold portrayal in the series has administered our hearts like the heroes. He is one of the prominent actors to give antagonism a new name and recognition. Kaleen Bhaiya is our favourite, undoubtedly, the attitude, the power he had, we loved it!

On the other hand, Madhav Mishra from Criminal Justice has been just the opposite to Kaleen Bhaiya, here plays the role of a weak, powerless lawyer, thriving to survive. In a talk with India Today, he said, “Madhav Mishra had a certain kind of sense of humour that comes with years of struggle. The series was basically a dark one but this character added lighter moments to it. For a person, who’s struggling to survive in a court every day and yet so powerless, it was interesting to explore this character arc”

Here are some glimpses of both the characters down beneath! Let us know in the comments below which one is your favourite! 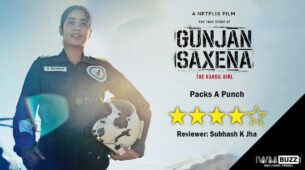