Naseeruddin Shah On His New Projects The indomitable Naseeruddin Shah is being seen once again not only in a feature film but also on a webseries.

Naseer says he did the film for the sake of Baba Azmi and also because he loved the script. “Mee Raqsam is one of the most important films I’ve done, akin to Khuda Ke Liye which deals with a subject close to my heart and something I myself have gone through.”

The actor par excellence has only words of praise for his Mee Raqsam (ZEE5) director. “ Baba has been a dear friend for a long time now, I was very happy to be in his film and he is the coolest creature I’ve been directed by.”

Naseer sees the OTT platform as the way ahead. “The digital world is the future and one can’t be left behind, also Bandish Bandits has a great script and I have a very challenging part in it of a classical vocal exponent.”

Naseer has been using the long stretches of lockdown-time to educate himself further. “ I’ve been brushing up on my Urdu reading and am thanking my stars that my father made me learn the Arabic alphabet as a child. My ability to read Urdu is fast improving, but writing it is another ball game so I’m not trying that-as it is I sometimes cannot read my own handwriting in English!”

Urdu poet Faiz Ahmed Faiz and William Shakespeare have also been getting their share of attention from Naseer. “ I’m reading a lot of Faiz Ahmed Faiz’s poetry and about his life with a view to mounting something on stage about him in the future,if there is a future!. And I’ve been educating myself on those Shakespeare plays I know nothing about and know there are plenty!”

Naseer is also trying to make himself useful to wife Ratna Shah at home. “I’ve been helping around the house, in the kitchen as well, which is something I should have been doing earlier anyway. I never knew what a stressbuster cooking can be!” 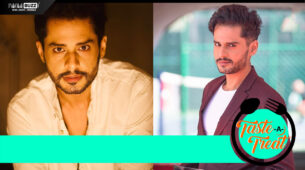