Veteran TV and stage actor Jayati Bhatia is a known name in the Hindi film and TV industry. The actress recently made her debut in the Bengali industry. She is glad to be part of the hoichoi’s Tansener Tanpura.

Tansener Tanpura is a quest to attain the ultimate musical level. The quest for the “Tanpura” of Tansen which has been passed on to the next generations is a metaphor to understand which among the students has attained the ultimate understanding of music.

Talking about her project, she said, “My first Bengali web series started streaming from today on hoichoi platform. This platform is one of the biggest platforms which gives audiences amazing content to watch. Bengali literature is very rich and they take a lot from that to create the unique and best content for the audiences. Now, one thing that nobody knows is that I am a Bengali, I am a Chatterjee by birth. I came to Mumbai after marriage as Jayati Bhatia. I am late in the day blooming on the Bengali platform. It is my debut show and I am very excited about it.”

She further added, “I agreed to do the project because I love music and it is based on Hindustani classical music. I am playing a character named Madhubanti Mishra, she is a panditain. Her father was one of the students of the descendants of Tansen. I am a teacher and I like excellence but it is a very complex character. Although she loves excellence in other people she is not able to get over the fact that her father never considered her as the best disciple. If you see this in any profession that your parents have excelled in certain fields and you have not able to make a mark in their eyes than that is the biggest disappointment. When Madhubanti realizes that there is a Tanpura that her father was supposed to give ideally to her but did not and she still has to find it. Then a boy comes from nowhere and talks about the Tanpura and everything, then she gets very intrigued. It is an amazing series. The background of the series has a musical touch and we have wonderful songs in the series which are very soothing. Tomake Bhalobeshe is the theme song of our series. The thriller part will entertain audiences and also give a lot of knowledge about music. I am sure that music lovers will go crazy after watching it.”

When asked about working experience with her co-stars, she shared, “I was absolutely new to this industry and they welcomed me warmly. I only knew Vikram Chatterjee, who is the main lead of our series. I knew him because my mother is a very big fan of him. A lot of people on set knew my name and face but they never met me and they weren’t aware that I can speak Bengali and interested in putting my step into this industry. The Director Soumik Chatterjee, D.O.P. Prosenjit Chaudhury, Writer Sougata Basu, Mr. Joy, who did the music for the project are a talented bunch of people. They are made the series look rich in content visually. I will give credit to these people for creating such a wonderful show. My co-stars Vikram Chatterjee, Rupsha are amazing people. I would have not been comfortable if Vikram was not there. He gave me a lot of support and was always there with me. My daughter Rupsha was always there to correct me and help me. I am extremely fortunate to unlearn what I had learnt here in the Hindi film industry and begin to learn again in the Bengali film industry.”

On an end note, she shared, “I would like to say that music has no language and web content, storytelling also has no language so I would request all to watch Tansener Tanpura as it is a wonderful series. If you are a lover of Hindustani classic music, thriller then this is a must-watch for you. I would want to know the feedback too.” 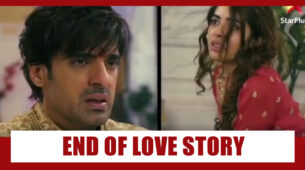