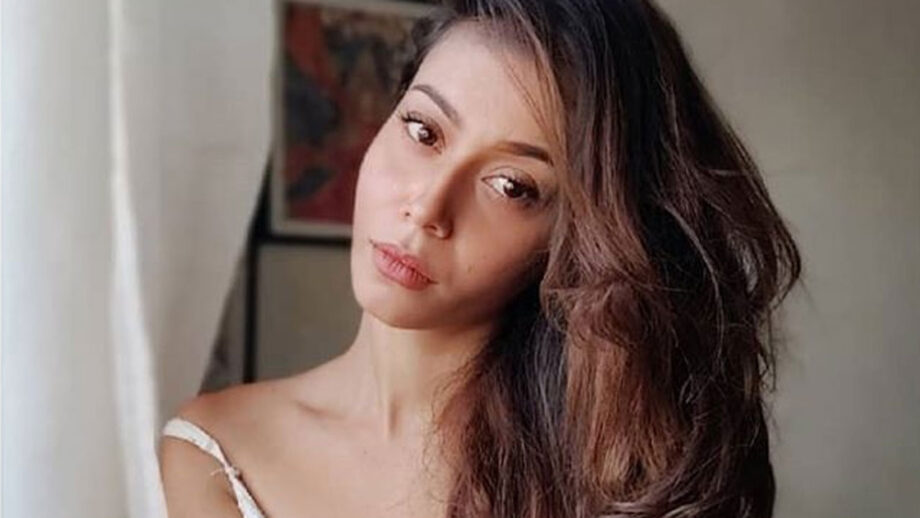 The super-hot Madhurima Roy, who plays a small but significant part in new ALTBalaji and Zee5 show Code M is quite happy with the way her character has framed up.

“Zeenat is brave, forthcoming and yes, not naive.  Any woman who had been wronged (fiancé has been killed) would be as fierce as her, so there is even a sense of realism to her.”

“At first, I had auditioned for the role of the widower Gayatri, but the writer saw me better as Zeenat.  And now in hindsight, I feel it was a better call for Zeenat is quite different from the other lead characters and gave me a chance to stand out.”

But you were hardly seen?

“While, some people say my very limited role was quite impactful, I would have been happier with a more fleshed-out role.  Also, had the show run longer than eight-episodes, it would have been better as per my thinking.”

Here Madhurima, who first found her calling with Criminal Justice, is very happy to have got a non-glam role. “While it is always nice to doll it up, it is bigger to challenge to get noticed as a Plain Jane.  Being a true actor, the craft is more important to me than just looking hot. Here, I wish to thank my casting director for seeing me in that light.”

Looking ahead, Madhurima has a few more digital projects up her sleeve. First is the Zee5 bilingual, Hindi and Bengali underworld saga Mafia. She is also part of upcoming series MUMbhai.

In closing, Madhurima has no clue about Criminal Justice 2, “I am not a part of it. Having said that, I greatly enjoyed my bit with them, earning positive feedback for my efforts, In fact, I have heard that it was one of the more popular Hotstar originals.”