Sanaya Irani who will make a comeback with Vikram Bhatt’s Zindabaad gets into an exclusive conversation with IWMBuzz.com 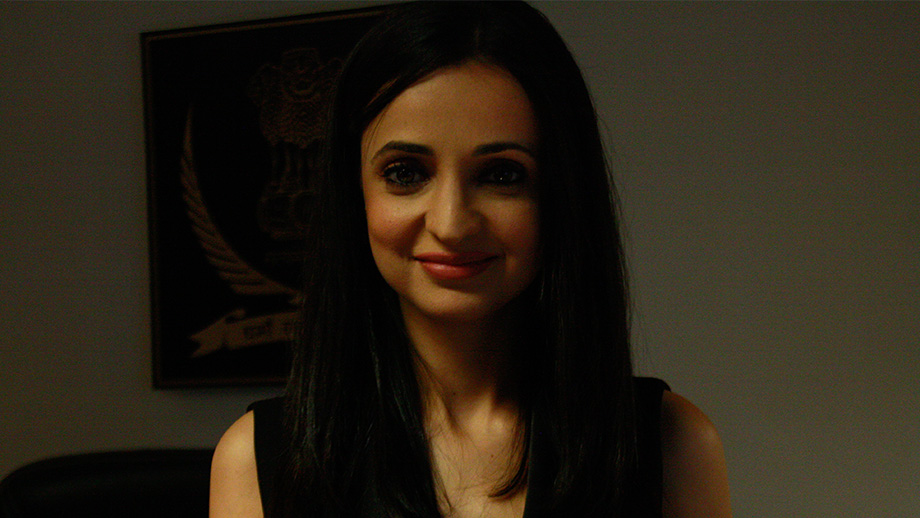 Sanaya Irani, the actor needs no introduction!! She’s won hearts of one and all as ‘Kusum’ and ‘Chhanchhan’, characters that were ear-marked for her.  She’s the elegant beauty who has proved that she can attain perfection in the different kinds of roles that she picks up.

After a long hiatus, she is now back on a new medium, in a new avatar!! She will be seen in the role of a RAW agent in Vikram Bhatt and Loneranger Productions’ Zindabaad very soon.

In an exclusive conversation with IWMBuzz.com, Sanaya Irani talks about her new series, her role in it, on the kind of roles that excite her, on her personal life and much more…

Welcome back!! Your fans are simply delighted to see you again… How does it feel for you?

I know that they are really excited. They have been waiting for a long time and have wanted me to do something. I can only do something that I want to do. So I am happy for them (smiles). Everything seems to be looking great. The promo of Zindabaad looks fabulous. We are getting a great response for it. So fingers crossed!!

What is it that prompted you to take up Zindabaad?

Firstly, my character in the story was something that I have not played before. I have never played a RAW agent ever before on TV or anywhere. That was a big plus point for me. And then when I heard about the story, I liked the fact that there were a lot of intriguing factors in the story that would keep the audience hooked to it. Also I liked that there are so many characters in the story that bring the whole thing together. I like watching shows that are not character-centric, but involve a bunch of characters. I have never been part of such an ensemble cast. It has always been me and the guy everywhere. So all this made me excited to take up Zindabaad.

Tell us about your action sequences in the series?

Honestly, people think I have done lots of stunts and action. But it’s not like that. I am in the analysis part of the RAW department. Yes, the show has a lot of action sequences. I do have action scenes, two or three of them in the show. But for me, even those were really tough. I have never done action before. Holding a proper gun was so heavy; I really wonder how people hold it. Yes, but it was fun, new and exciting.

What is the best part about the character?

The best characteristic of her’s is loyalty. You will see that in her at every aspect; she’s loyal towards her country, towards her seniors and everyone. She will fight for what she thinks is right. I love that aspect about her. She works in an organization, but fighting against it, yet working for them. She goes through a lot. Her situation is complicated and is stuck in the middle of two things which are right. You will know more of it when you watch it.

You look stunning in whatever we have seen of you in the promo. Tell us about the dress code you will be seen in?

Oh!! Thank you!! It was nothing much; being a RAW agent, you don’t need to look extra-glamorous. I am the kind of person who likes to keep it simple, with simple hair, less make-up. So it worked very well in my favour. So if you think I am looking good, I will take that as a compliment (smiles). I have worn one watch, and one ear-ring all through the series. I guess this is pretty normal, especially for a person working in RAW.

How was it working with Vikram Bhatt and team?

It was a good and different experience. Web is shot so differently when compared to TV. Director Sidhant knew exactly what he wanted; he did a fab job. He was editing in his head and taking what he needed. It was great watching him in action. Coming to Vikram it was great. When you see the series, my character and Vikram’s are connected throughout, but not via the scenes shot together. So we have only a few scenes between us. They have been fab and great. I did not see the Director’s side of him; I saw him as an actor.

How is Vikram Bhatt as an actor?

When I usually go for a scene, I focus so much on what I need to do. But the moment I saw Vikram, I felt that he can judge my scene quite well being a Director. That moment, I really felt nervous, but then all worked out so easily. Honestly, Vikram was doing everything in one take. Also web as compared to other mediums, need you to be natural rather than make quite an effort to do something.

How was it working with Director Sidhant Sachdev?

It’s been wornderful with him. He’s a sweetheart; we have gotten along so well. Honestly he is a very good Director. Like I said, he knows what he wants. He gives an actor the space to perform; he will never tell you initially what he wants. He initially watches them, and then comes with his feedback. Everytime he came with a feedback, it was a very logical feedback which was really very good.

You were to do a series for Beyond Dreams too. What is the status of that?

I really have no clue. I think Yash and Mamta should be asked. As far as I am concerned, nothing is pending for me now. If and when they do call, and if I have time, I will do it.

Do you think web is the future to look forward to, while TV might be losing its viewership?

TV will always be TV. TV is huge. I am what I am today because of TV. Let us not take anything away from it. People become stars on TV because you literally come into somebody’s living room every single day and even then, they can’t get enough of you. I don’t think TV is going anywhere. It is not losing its viewership at all. New channels are coming up and experimenting with new concepts. It’s not that I don’t want to do TV. I will happily do it. But I want what I want. The TV shows I have done are purely what I have wanted to do. I love waht I have done. The next thing I will do on TV will again be something that I will love. But as an actor, work on the web is much more creative and exciting.

What are the aspects that interest you towards the web?

I love the fact that as an actor, you don’t have to overly make an effort. I think the web shows is all about being subtle. I love that and it looks so real and normal. Even the locations are different. You move from one location to another, and the fact that you shoot for one month or so, and then move on and look for a new character is a great feeling.

You have been busy with other projects on the web too. How has this journey been?

It’s been great. I have all my life in these 12 years done only TV, with reality shows and fiction shows. I was really excited to step out of it and see how everything else works. So when the short film Dum Dum Dumroo was offered, I tried that. When I was called to do the music video Main Jaandiyan, I tried that too. I feel happy and blessed that I have got these different opportunities.

How has life been with Mohit Sehgal post marriage?

Life has been great. Awesome!! No complaints!! We have been very happy, doing what we want to. We have been travelling, enjoying time together.

What do you both like doing together during your vacations?

We love travelling and want to see the world. It’s so important to travel. We are always so busy stuck in the bubble in India or Mumbai, that it feels great to go out where nobody knows who you are, and experience life the way all do. I feel all actors should break out of the bubble and get time for themselves.

Mohit Sehgal is now appearing in a Vikram Bhatt film, Badnaam. How happy are you for him?

We have become in-house babies of Vikram Bhatt Productions. It’s like he has adopted us (laughs). I am very excited for Mohit. He is excited about it too. Again, TV for men is a much harder journey than it is for women. I am happy that he has got something he is excited about. Hopefully this will open the door for many more opportunities.

The sequel of Iss Pyaar did not work. What are your comments on it.

No comments on that. I think it is very bad when any show does not work. I honestly did not watch the show, so I cannot comment.

When will you be back on TV?

I really don’t know. I think you should be asking channels and producers – When are you bringing back Sanaya on TV? I can’t answer that (smiles).

What are your expectations now for TV show?

See, I want to do something exciting and different. But I have also observed that good experimental shows have shut down early. All shows that are interesting have not worked. At this juncture, if something exciting comes to me, the question is will it work? The audience has changed and their perspectives have changed. They want to watch the same thing and are not ready for a change probably.

Your message to fans.

Well, please watch Zindabaad. I want to thank them as in just two days, as my music video has reached over a million views. I think the excitement and wait has been really interesting. I hope Zindabaad will also be loved by them.