Producer Vikram Bhatt talks about his action-oriented role in his new web-series, Zindabaad and much more. Filmmaker, Director and Actor Vikram Bhatt has added yet another feather in his cap by turning action hero in his latest web-series, Zindabaad. The series has Sanaya Irani, Vikram Bhatt, Sana Khan, Aniruddh Dave, Pankaj Dheer, Manish Khanna in pivotal roles. The series is directed by Sidhant Sachdev.

Playing the central role of Arjun Vashisht, an ex-RAW agent who is now an untamed alcoholic, Bhatt’s character personifies utmost energy, love and respect towards his country and country men.

In an exclusive conversation with IWMBuzz.com, Vikram Bhatt talks about the concept of Zindabaad saying, “We have all seen terror up close and we feel whether we can do something about it. It is a rage that all of us feel. And Zindabaad is all about it.”

Ask him about his experience of playing the action hero, and he laughs saying, “It is the story of an old guy, so hardly he is an action hero. It was fun. Rather than action, it was more of stunts. It was more of Sidhant’s conviction more than mine.”

When asked about how the thought of him playing Arjun Vashisht came about, he says, “I really don’t remember how it all came about. But one thing lead to another, and it happened. I asked Sidhant whether I can do action, and he asked me to trust him. And so did I (smiles). He believed that I could do it and I went with his gut. It can’t get simpler than this for me.”

Ask him about his personal experience playing the character and he emphatically states, “I had a great time, more so because acting is not a professional thing for me. I knew how to do it, with all the years of experience. Above all, these people with me were very kind. The scenes were mostly with the gun, action which was very believable.”

“Arjun is a complex character; he has problems showing emotions. But he has a lot of them. He has a strange relationship with Sanaya Irani’s character (Sara). One does not know whether they were in love or not in love. You can make out that he has done something to hurt her. Watch it and you will know more about him,” he adds.

On the brilliant shoot locales at which Zindabaad was shot, Vikram tells us, “It’s been shot all over Middle East, in Oman, UAE, Kuwait border and Pakistan in addition to the Mumbai shoot.”

On his working experience with the cast, he chides, “Sanaya is a fantastic actor. She is very professional, and so is Sana Khan. We had worked earlier with Aniruddh Dave; so that was good. Everyone in the cast has been experienced players. As a matter of fact, I was the least experienced actor amongst all of them. So I used to look at all of them and ask if the scene went good (laughs).”

VB on the Web has been coming up with varied genres of concepts in the recent times. When asked whether the think-tank works it out to cover all possible genres, he states, “I don’t think we sit down and wonder in terms of the genre. It is more about concepts coming from the heart.”

Ask Vikram Bhatt on the next series to kick-start on VB on the Web and he states, “It will be ‘Faceless’. It will be a murder mystery directed by Anupam Santosh Saroj.”

After Nia Sharma (Twisted), Sanaya Irani (Zindabaad), who will be the next big actress to be cast for a series with the VB team, we ask him, to which he says, “We are not done with it yet. We do not know.”

On his thoughts on the vast digital market with so many players coming on board, Vikram has this to say, “It is crowded right now. But yes, there will be a consolidation happening soon. One is just waiting for that. All players will not be able to survive; I hope I survive. In simple words, a filtering process will happen in the near future. It will boil down to who can churn out good content day after day. This will be the ultimate test.”

Zindabaad has all the episodes streaming on VB on the Web and Jio Cinema.

Wish you all the very best for Zindabaad!! 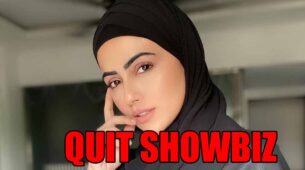