Subhash K Jha reviews How To Build A Girl 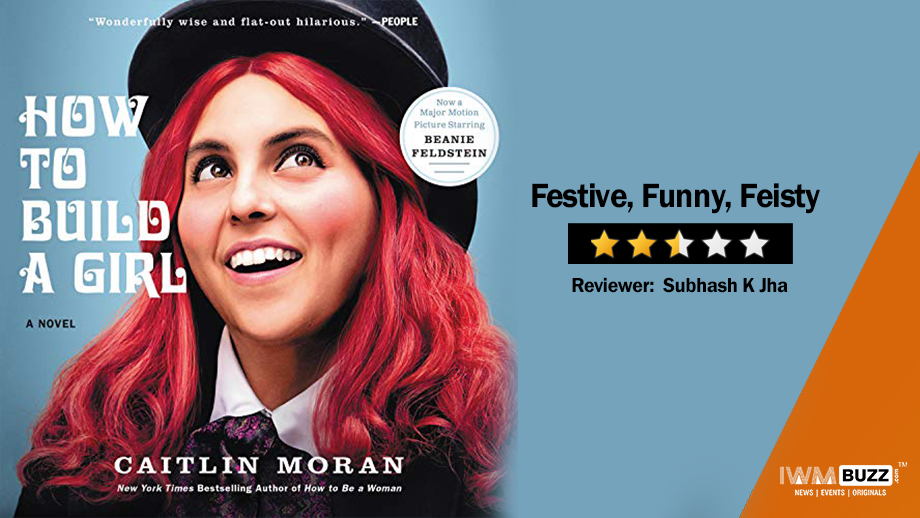 How To Build a Girl (Amazon Prime Video)

Somehow I got the feeling that this critically acclaimed enjoyable coming-of-age British comedy was trying too hard.

Then again, I may be wrong. How To Build A Girl is the kind of cornball comedy that constructs its comic space around the protagonist’s quirks. Here the heroine, a teenager with a huge appetite for everything from food, fame, flings to fu.ks and fuckups is borderline unlikeable. As played by Beanie Feldstein, Johanna is a scrambled synthesis of selfishness and self-doubt. She is overweight and overbearing…a lethal blend!

In a sequence straight of ‘yell’ she makes her entire family of softspoken parents and saintly sibling (Laurie Kynaston) sit down on the sofa to lecture them on who runs the kitchen.

Johanna thrives on such cringy moments especially after she becomes a popular rock critic writing for a basement music magazine that thinks muck sells. Hence Johanna tears into the reputation of every local British musician including the sweet John Kite (Alfie Allen) who pours his past out to her off the record.

Johanna promptly publishes John’s story. It is hard to like this pushy bratty overgrown child-woman with her knickers perpetually in a budge. Miraculously everyone around her keeps forgiving Johanna as if she was some kind of misguided liberal protestant searching societal salvation when in actuality she is just a teenager trying to make her presence felt by hook or crook, mostly crook with a very little hook.

The film tries hard, too hard, to be amusing. In Johanna’s bedroom there are pictures of inspirational characters like Sigmund Freud, Elizabeth Taylor and Donna Summer(I love that!) These pictures talk to Johanna. So is she lusciously intellectual or plain loony? Or just a mixed-up teenager lucky enough to get a movie made on her journey from anonymity to some kind of instant provincial popularity that looks like a distant cousin of fame?