Thinkistan takes a devastating turn in Season 2. Read our review for more.... Thinkistan, India’s answer to Mad Men, is back with Season 2 on MX Player, as compelling and electric as before, or may be more so. If Season 1 was fast-paced, Season 2 positively scorches ahead with its breakneck speed. If the narrative in Season 1 was captivating, Season 2 totally grabs you by the collar and yanks you into the thick of the enthralling happenings that take place within the swanky offices of MTMC, the topmost advertising agency in Mumbai.

Set in the India of the nineties, Thinkistan is a web series that takes a long, hard look at the glitzy world of Indian advertising and its highly entertaining shenanigans. Hedonistic, egalitarian and ever so slightly depraved, if we may, advertising as a profession has always been beyond the realm of the commonplace. The series delves deep into this glamorous world and lays it bare for viewers to decipher and acquaint themselves with its suave manoeuvres and machinations.

Thinkistan shines like a glittering gem in the universe of web series. It digs up incendiary material on the inner workings of the advertising world that is as pleasing to the mind as it is provocative in matter. The story, screenplay and dialogues of the show have been written single-handedly by erstwhile adman, N Padmakumar, aka Paddy. He’s also directed the show, while it has been produced by another adman, Rajnish Lall, under his banner, Jigsaw Pictures.

The narrative in Season 2 picks up from where it left off in Season 1. Hema (Shravan Reddy), the phenomenal writing and creative prodigy, continues to achieve meteoric heights at MTMC, under the nurturing wings of its sensitive and sagacious creative head, Anushka (Mandira Bedi). Amit (Naveen Kasturia), the vernacular, though brilliant, copywriter-creative from Bhopal, also achieves exponential success, parallel to Hema’s.

Things are going hunky-dory for our protagonists on the professional front, though not so much on the marriage front for Hema. He’s long fallen out of love with Priya (Jayshree Venkatraman), his glittering career in advertising having taken precedence over everything else. He’s also developed a knack for drinking and sleeping around with clients. His one-off fling with Sneha (Vasuki), a creative director at MCMT, also keeps playing in his mind’s eye, souring things with Priya forever.

The story arc takes an unexpected detour from the second episode onwards, when Anushka decides to move on to a bigger, global role in the company. But before that, she leaves for a much-deserved 3-month vacation abroad, and is incommunicado from there on.

Her absence proves devastating for the company and its fortunes. An outsider, William (Neil Bhoopalam), is brought in to take over as creative head from Anushka, superseding Aashiq Jabeer’s (Satyadeep Misra) rightful ascent up the company hierarchy. But as Aashiq asserts, “Was I even in the reckoning?”, and we all know why.

In Aashiq’s character, the show touches upon the elephant in the room – the sickeningly real homophobia prevalent in the otherwise egalitarian ad domain of the nineties. Aashiq is venerated in the agency for his unqualified talent, but mocked by the guys owing to his homosexuality.

William is the archetypical villain of the piece. He pulls petty politics of the dirtiest kind, playing off one employee against another, favouring some, side-lining others, and generally being the devil incarnate. It begins to rankle when he undermines Hema’s ideas, favours Amit over Hema and dismisses Nina’s (Shraddha Musale) brilliant idea. He even steals their best ideas and passes them off as his own.

But his murkiest trick is reserved for Aashiq, whose maverick brilliance and refusal to bend to William’s duplicity and fraudulence, makes William jittery. Aashiq’s is a character that is genteel, erudite, sensitive and enigmatic, and Satyadeep Mishra plays it with consummate perfection. His delicate, complex nature is also what compels him to do what he does towards the end, in response to William’s deceit.

Anushka returns from her trip to find her baby, MTMC, and her mentees, both of whom she has nurtured with such love and caring, in a state of devastating disarray. There has been a mass exodus, with some of the leading lights of the agency gone. Will she be able to put right the wrongs that have robbed MTMC of its creativity and camaraderie, which have been replaced by dirty politics and dirtier tricks? Well, we’ll simply have to wait for Season 3 for the answers.

The last episode of this season ends on a delicious note, and we’re smacking our lips in anticipation for the next season to begin. This season has 12 episodes in total, which zip by with scorching speed.

The story this season is incandescent, and the vibes, charged with scintillating energy. We feel each emotion with sharply intense keenness. We love Aashiq’s sophisticated elegance and feel the pain of his mortification; we hate William’s smugness and would love to see that Cheshire Cat grin wiped off his face for good; we are horrified at Hema and Amit’s growing discordance, and at Amit’s small-mindedness; above all, there’s nothing we wouldn’t give to see the sensibilities at MTMC restored to its former bonhomie and humour.

Give us Season 3 already!

In the meanwhile, 3.5/5 is our rating for Thinkistan Season 2. 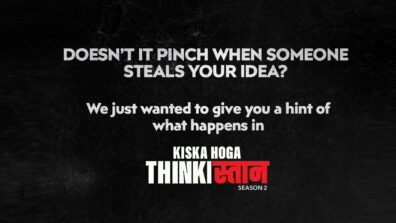 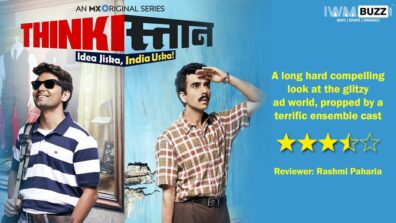 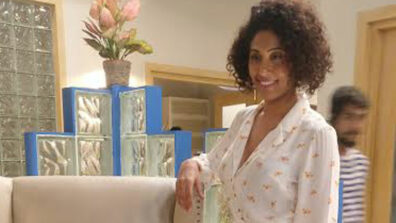 Thinkistan is the beginning of a different journey for me: Shraddha Musale I would like to work more in the web space: Shravan Reddy Shooting for Thinkistan is an experience I will never forget: Naveen Kasturia