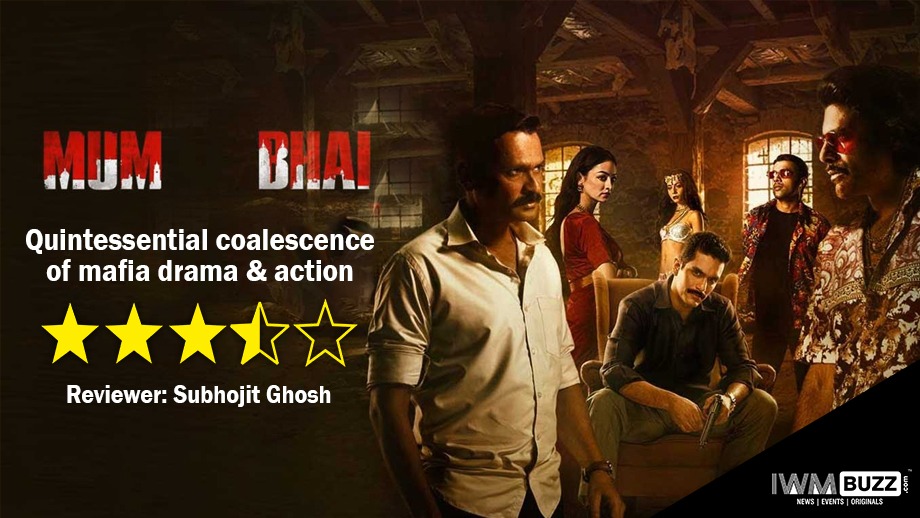 ‘Mumbai’. The term is magical as the city is magical. The ‘City Of Dreams’ and the one that never sleeps, beneath its veneer of shimmer and glamour, has a dark underbelly of the fear and scare of mafia raaj.

Back in time, notorious goons and crime lords shed blood on the streets of Mumbai to control the unlawful syndicate and specialist cops were in constant battle with them to maintain law & order.

ZEE5 and ALTBalaji’s Mum Bhai is the story of Bhaskar Shetty (Angad Bedi), a top encounter specialist. His inducement is to clean the dirty blood of mafia permanently from the city of Mumbai. Younger days for Bhaskar meant being mentored by a small-time criminal named Rama Bhai (Sikander Kher). However, he grows up to choose the path of benevolence and becomes one of the most respected and feared cops of Mumbai. He shoots to kill for the greater good, however, circumstances turn him into a corrupt cop.

The 12 episode series is replete with action, crime, thrill and brings a charming nostalgia of years gone by. Balaji always lends a special and experienced touch to don dramas of yesteryear.

Angad Bedi looks fit and fierce in his part. He commands attention from the audience and is not left being a mere cop caricature one is so used to seeing on screen. Sikander Kher, as the fierce mafia don ‘Rama Bhai’, doles out another brilliant performance. He is expressive and marks profound maturity as an actor. The ‘seeti maar’ (whistleworthy) dialogues add icing to the cake.

Mum Bhai, though has a plot which is not new, manages to hold its own via strong performances and taut screenplay. Appoorva Lakhia keeps the pace gripping. Overall, it’s a must watch for all who loves stories of crime, mafia and the underworld.