Naina the upcoming Netflix series will have Shweta Tripathi in the central role. Read here. Netflix India the popular OTT platform will come up with a good list of originals when it comes to web-series in the coming year.

The platform will bring about a riveting tale which is tentatively titled Naina. The series is being produced by Sidharth Sengupta’s Edgestorm Productions.

News coming to us is that Shweta Tripathi who was recently seen in Mirzapur 2 will play the central role.

Shweta Tripathi who is a talented actor will also be seen in Siddharth Kumar Tewary’s first digital work Escapye Live.

As per a reliable source, “The shoot of Naina has started and is in full force at the moment.”

We buzzed Shweta Tripathi but could not get through. 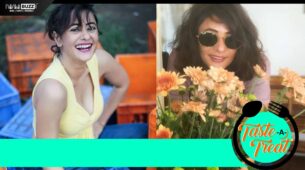